Mercado, founder of KeyJargon, is an unauthorized immigrant

All of America lost. Even those celebrating the split Supreme Court decision on United States v. Texas—whether they’re celebrating because they dislike immigrants, dislike the policies that it effectively blocks or dislike the president who enacted those policies. The decision leaves a combined 5.2 million people frustrated yet again by a broken immigration system. In those 5.2 million, there are the four million parents eligible for DAPA (Deferred Action for Parents of Americans and Lawful Permanent Residents) and 500,000 unauthorized immigrants like myself who would have qualified for expanded DACA (Deferred Action for Childhood Arrivals)—all of whom would have been protected from deportation and some of whom would have been provided work permits. We all lost.

The Court’s decision was not surprising. But it is nonetheless disheartening.

You can imagine what we lost in the $230 billion of GDP growth and the 28,000 more jobs over the next decade that the ruling prevents. (The next time America suffers from a recession and rampant unemployment, direct your complaints would be to the 26 states who challenged President Obama’s Executive Action on Immigration from November 2014.)

But I also see how America lost today in some of the New York City students I have helped go on to college, earn scholarships and prepare for careers. Some of them have DAPA-eligible parents or siblings who would qualify for expanded DACA. In my advocacy over the past several months, it has become even clearer that the average American, including some of my friends, is somewhat lost about what being an unauthorized immigrant entails. Here’s a shortlist of our realities every day, some of which I have lived through for the past 30 years:

And I’m one of the lucky ones. My parents gave up a comfortable but limited life in the Philippines so that I could get a better education here in the U.S. Because the U.S. occupied my homeland, English is my first language. My parents brag that at 4 years old, I could read sentences from American magazines. That was their way of preparing me. I arrived in America when I was 6, and I have never been back. Thirty years later, I have no more memories of my homeland. They’re lost.

I would like to think that being accepted to a science and engineering program at New York University, or entering PhD study at age 21, or earning my Masters in criminal justice has fulfilled the potential of my parents’ vision decade ago. But it hasn’t. We have always lived in cramped spaces, like the basement apartment in Queens, New York, where exposed boiler pipes lined the ceiling of our bedroom. Since then, the family has gotten bigger with the addition of my nephew, but our living space has not. My parents, my sister and I are all a few paychecks away from homelessness, like many other Americans. Indeed, the most difficult part of my experience with being an unauthorized immigrant is not being able to repay my parents for their sacrifices.

The events of today also remind me of the many decades during which I remained mostly silent in my struggle. My parents started telling me to not bring up my lack of papers when I was in junior high. Most undocumented children I know are taught to stay silent about their immigration status. It’s self-defense. It also reinforces the shame.

For me to get permanent residency here, I would have to return to the Philippines and apply for a visa in a line that could last decades. But that is not really an option because all of my memories and support systems are here. And so I’ve stayed and hoped for a change in immigration policy or to find love worthy of marriage. I’ve found neither.

Yet the decision also reminds me of what is not lost: The resilience that immigrant allies, activists, organizers and DREAMers like me continue to possess. When I look at all the immigrant organization acronyms, from NILC to NYIC, to me they spell out F-I-G-H-T. I’m reminded of how the FWD.us team helped a six-year-old Sophie Cruz enter the Supreme Court chambers to witness opening arguments. I think back to a trip to Austin to meet other unauthorized immigrants. While there, I learned of women like Jacqui and her heroic efforts to provide for her children and parents as she was unfairly arrested and sent through deportation proceedings. These people—Americans by any other definition—are what remind me that this morning’s United States v. Texas decision is just temporary. It is not final. One day we will win. And we will welcome everyone to join us as we celebrate. 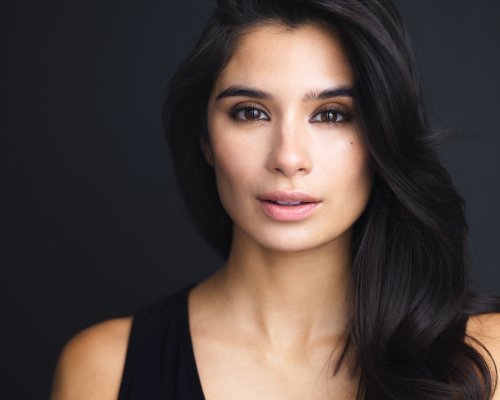 Orange Is the New Black Star: Immigration Raids Are Ripping Apart America
Next Up: Editor's Pick