Ariel Winter Fires Back at Body Shamers: 'Please Get a Hobby'

Ariel Winter is sick and tired of body shamers, and she’s firing back.

The Modern Family actress received criticism over the form-fitting pink dress that featured a cut-out below her bust that she had worn for her high school graduation party. Commenters on social media bashed Winter for her choice of wardrobe because they found the dress to be too revealing while others zeroed in on the teenager’s figure.

“Dear sorry body-shamers, I looked HOT in that dress,” the 18-year-old tweeted on Wednesday. “And if you hate it, don’t buy it. But please get a hobby. XOXO Ariel #EmbraceYourBody.”

Winter followed up with a photo preaching a similar message, posting a mirror selfie that she captioned: “Embrace all that you are. Don’t let those outside voices become your inner voice #mychoice #loveyourcurves.”

Winter is no stranger to body critics. In November, the actress posted a photo with her nieces and received backlash for her bandeau-style bikini.

“Who knew that an innocent photo with my nieces would turn into this?” Winter wrote. “The height of a girl’s skirt or whatever she is wearing for that matter, does not imply what she is asking for.”

“It sickens me to think at 17 years old, a photo of myself with my nieces is suggesting that I’m ‘asking for it,'” Winter added.

The actress, who had breast reduction surgery last year, said she doesn’t usually “give power” to mean things said about her on the Internet, but felt inspired to speak out for other girls who have been bullied. 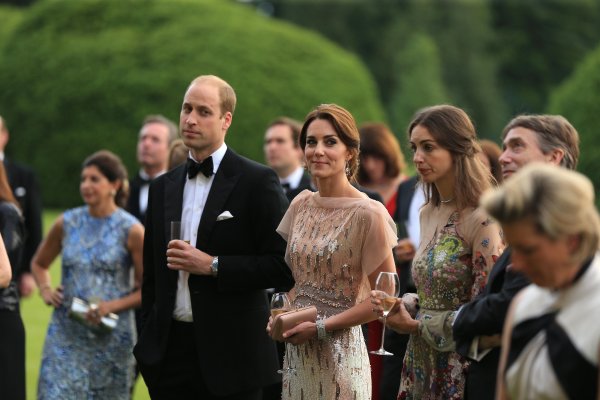 Kate Middleton Loves to Wear Her Old Clothes
Next Up: Editor's Pick