Amina Ali Nkeki, who was one of the Nigerian school girls that are kidnapped by Boko Haram, visits President of Nigeria Muhammadu Buhari at the Presidency Residence in Abuja, Nigeria on May 19, 2016.
Henry Chukwuedo—Anadolu Agency/Getty Images
By Rosalie Chan

Nigeria’s Bring Back Our Girls movement and family members have demanded that the government provide news of the only girl among 219 still kidnapped to escape Boko Haram.

“Even this morning people came to my house asking if I had been able to find out her whereabouts. It’s outrageous! Some people are crying! We don’t understand why the government wants to keep her family away,” Yakubu Nkeki, an uncle of Amina Ali Nkeki, told The Associated Press.

Wednesday night marked the 800th day of Boko Haram’s mass abduction. In April 2014, 276 girls were kidnapped from a boarding school in Chibok, and 57 escaped. In a statement, Bring Back Our Girls also asked the government what it was doing to try to rescue the other girls.

On May 17, hunters found Ali wandering on the fringes of Boko Haram’s Sambisa Forest stronghold. She was with her four-month-old baby and the baby’s father, a Boko Haram fighter who she said had helped her escape.

Two days after her escape, Ali was flown to the capital, Abuja, for a televised meeting. President Muhammadu Buhari, promised her the best care and rehabilitation. However, no one has seen her since, the Bring Back Our Girls movement says.

Bring Back Our Girls also demanded that the government prosecute Mohammed Hayyatu, the father of Ali’s child, for auction and rape. The military said he is being held for interrogation.

This year, Nigeria’s military freed thousands of Boko Haram captives, but none of the girls kidnapped from Chibok in April 2014. Bring Back Our Girls said that Ali said that some of the girls have died, but most are alive. 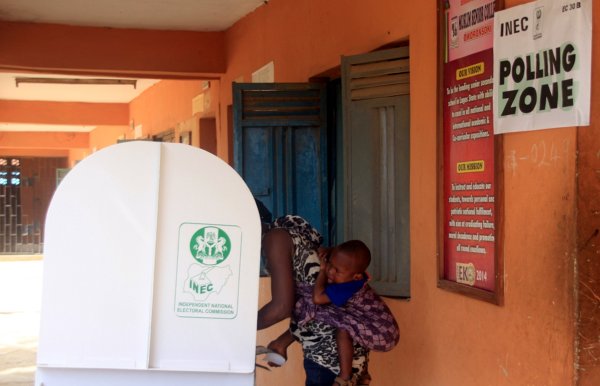 Why I Was Afraid to Vote in Nigeria
Next Up: Editor's Pick