Duchess of Cambridge Kate Middleton lives a storybook life by most standards: She’s married to Prince William, has two adorable children and possesses arguably one of the best closets in the Western Hemisphere.

On Wednesday Prince William and the Duchess attended the East Anglia’s Children’s Hospices Gala in Houghton Hall, Norfolk, where she wore a striking—yet familiar, Jenny Packham gown. Harper’s Bazaar points out that Kate Middleton wore the dress once before—in June 2011 during her first official royal outing at Kensington Palace with Prince William after their marriage in April 2011.

Kate is no stranger to recycling fashion—like with her favorite brown Lock & Co. hat and stunning red Alexander McQueen suit. Recently, she even wore a suit from 10 years ago. She also is known to shop at slightly more accessible labels like Topshop and Zara, giving us all hope that we too could actually capture her style at a civilian price point.

So even though she’s a fashion icon—with a Vogue cover to boot!—Kate is (sort of) just like us. 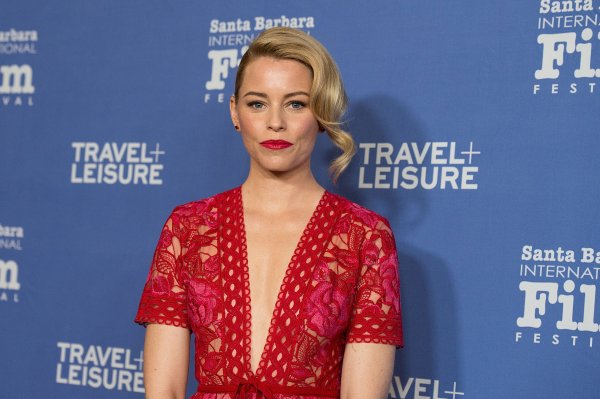 Elizabeth Banks Was Told She Was Too Old to Play Mary Jane in Original Spider-Man
Next Up: Editor's Pick