Despite auditioning for a role in which the actor playing her love interest was just one year younger, Elizabeth Banks was told she was too old to portray Mary Jane Watson in the original Spider-Man film.

During a recent interview with GlamourUK, the actress revealed that she did a screen-test opposite the film’s star Tobey Macguire, 27 at the time the movie was filmed, but was rejected for the role because of her age. She was 28.

“I was told I was too old to play her,” Banks, now 42, told GlamourUK, according to Vanity Fair. “Tobey and I are basically the same age. I was like, ‘Oh, okay, that’s what I’ve signed up for.”

The part ultimately ended up in the lap of Kirsten Dunst, who was 18 at the time.

Banks, however, didn’t walk away completely empty-handed, as she was given the role as newspaper secretary Betty Brant.

Telling the same story in 2008, Banks then revealed that the role was offered as a sort of consolation prize. 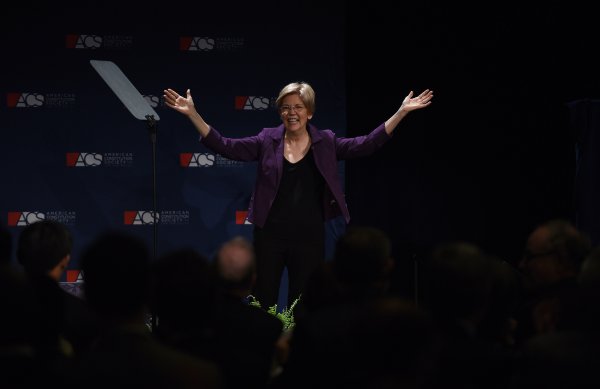 8 Times Elizabeth Warren Dropped The Mic
Next Up: Editor's Pick