European Union and British Union Jack flags hang at a meeting for British citizens living in Germany to discuss the implications of Great Britain leaving the European Union, known popularly as Brexit, on May 26, 2016 in Berlin, Germany.
Adam Berry—Getty Images
By Justin Worland

Britons staying up late to watch the results of the United Kingdom’s Brexit vote will drive a spike in the country’s electricity use, the operator of the country’s grid said Thursday.

National Grid is preparing for an extra 1,200 megawatts in demand, according to a Financial Times report. That’s the approximate equivalent of adding a million people to the grid.

“By one o’clock in the morning, this will possibly be the biggest night-time jump we have ever seen,” National Grid official Jeremy Caplin told the FT “It is certainly going to make our lives more interesting.”

The vote over whether to stay in the European Union has sharply divided the country and dominated headlines and airwaves. 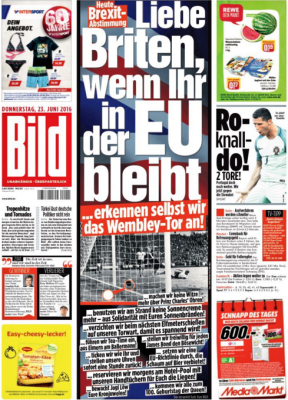