Sufism, one of the most spiritual strands of Islam, is best known for its message of love and peace. It is also known for its soul-stirring music.

One thing it is not commonly associated with, however, is rap. But to mark World Music Day earlier this week, a website called 101 India decided to change that by pairing a Sufi group with a rapper from Kashmir to create the country’s first “Sufi rap.”

Poignantly, the song was released only a day before the brutal murder of renowned Sufi singer Amjad Sabri across the border in Pakistan, making the peaceful message it advocates all the more haunting.

The song, titled “Like a Sufi,” is a collaboration between Kashmiri hip-hop artist MC Kash and Sufi band Alif. While Kash raps in English, most of the song is sung in Kashmiri, which the video’s description says is “an attempt to save this dying language.” 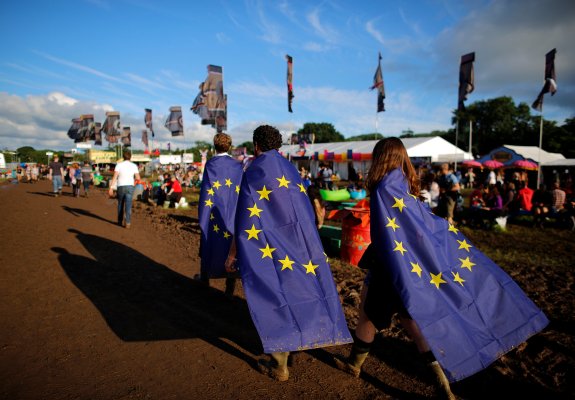 Glastonbury Opens as U.K. Votes on Brexit
Next Up: Editor's Pick