A worker from the U.S. South Pole Amundsen-Scott station arrives at a clinic in Punta Arenas, Chile, on Wednesday, June 22, 2016.
Joel Estay—AP
By Amanda Calvo

The crew of four flew a 3,000-mile round trip from the British base at Rothera, on the Antarctic peninsula to the Amundsen-Scott station at the South Pole in a Twin Otter plane — the only aircraft capable of withstanding Antarctica’s sub-zero temperatures, the Associated Press reports.

The patients were then flown on a second plane to a medical facility in Punta Arenas, Chile’s southernmost city. The two research workers are reportedly employees of Lockheed Martin although their identities and medical conditions have not been disclosed.

The successful mission is only the third time in the history of the 60-year-old station that a rescue has been attempted during Antarctica’s mid-winter season. Planes to the remote outpost are typically on lockdown this time of year as Antarctica is plunged into a 24-hour darkness with temperatures at the polar base hovering at a bitter -70 °F.

The National Science Foundation, which runs the South Pole center, put out an urgent call for help last week because they were unable to provide the necessary medical care. It was later apparent that a second person also required emergency attention. 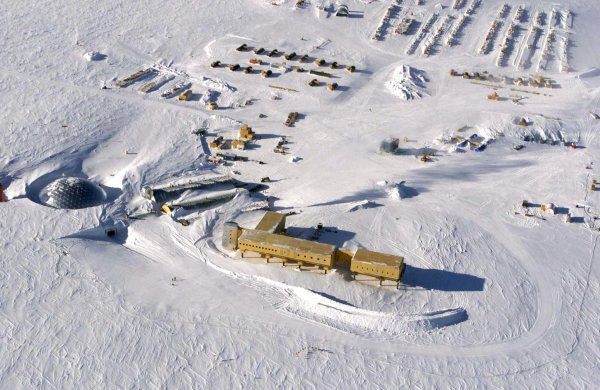 Plane Lands at the South Pole For Risky Rescue Mission
Next Up: Editor's Pick