Their country may be about to make what is probably its most important decision in a generation — whether or not to remain a member of the European Union — but some Britons have other priorities.

A significant chunk of the electorate will spend the weekend on a muddy farm in the rural English county of Somerset, within view of a medieval church steeped in Arthurian legend that is a proposed location of the Holy Grail.

The five-day Glastonbury Festival of Contemporary Performing Arts opened its gates on Wednesday, with as many as 200,000 people are expected to attend. (Festival organizers urged visitors to arrange postal votes for Thursday’s Brexit referendum.)

Most people have headed to the site early, and inclement weather on Wednesday — it’s English summertime after all — led to large tailbacks on the small country roads that lead to the festival site, Worthy Farm, which is usually occupied by dairy cows. The BBC reports that some festival-goers were stuck in their cars or camper vans for up to 12 hours. Some local children were unable to travel to school to take their high-school leaving exams because of the gridlock.

The good news for those enduring long queues is that the U.K.’s Met Office is forecasting cloudy but dry weather, and even possible sunshine, over the weekend.

Glastonbury has been held, on-and-off, since the early 1970s, and involves films, comedy, politics and, most prominently, music. This year, the largest stage will be opened on Friday by the Orchestra of Syrian Musicians, who will be joined by guests including Blur frontman Damon Albarn. The weekend’s headliners include Adele, New Order and Coldplay. 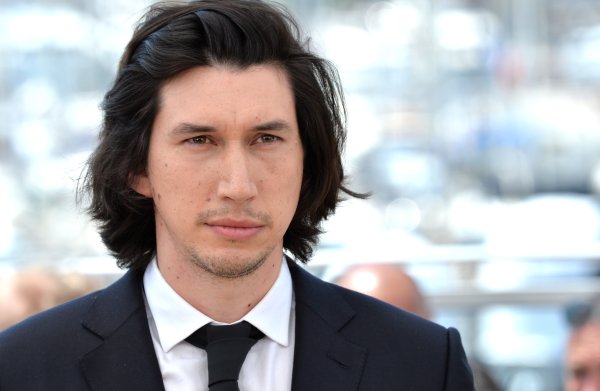 In TED Talk, Adam Driver Discusses His Roots As A Marine
Next Up: Editor's Pick