Republicans had an ace up their sleeves Wednesday for a group of Democrats who staged a sit-in on the House floor—cut the broadcast feed.

Shortly after the Democrats took the floor in protest of lack of action on gun legislation in the wake of the Orlando shootings, C-SPAN cameras went dark, as the broadcasts are not controlled by the television network, but rather the House itself.

When a call for order from Texas Rep. Ted Poe, who was presiding over the chamber, was not answered, the House was called into recess and the cameras were turned off.

C-SPAN linked out to a live broadcast from Ohio Rep. Scott Peters via Periscope. The video streaming app also created a channel for tracking broadcasts from the floor, according to USA Today, titled #NoBillNoBreak.

This isn’t the first time lawmakers have cut the feed on the House floor, and the tactic has a bipartisan history. Republicans attempted to force then-speaker Nancy Pelosi to schedule a vote on oil drilling in July 2008, which she refused. The House adjourned but Republicans kept coming to floor for days in protest, but there were no TV cameras or microphones to record them. 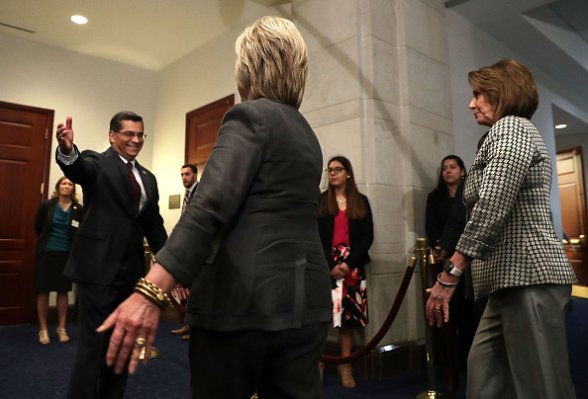