A man, a mullet, an Egg McMuffin, and a rewritten version of “Old McDonald had a Farm.” Taco Bell’s new ad is another salvo in the fast-food chain’s attack campaign against rival McDonald’s. “Breakfast in general has been pretty boring—there hasn’t been a lot of innovation out there,” Taco Bell CMO Chris Brandt told TIME. “But people are in their routine in the morning and we needed something to disrupt that routine.”

McDonald’s is that fast-food breakfast routine. It dominates 31% of the $31.7 billion market, according research firm Technomic. So Taco Bell is using viral food (the waffle taco was made to be Instagrammed) and viral advertising content on TV and social media to throw Ronald off of his throne, even if that means giving McDonald’s press and acknowledgment in the process. Brand battles aren’t new but they have certainly gained new traction in an era of social media rebuttals.

Taco Bell made its first hit on March 26 when it gathered 25 real life “Ronald McDonalds” to talk about how much they loved Taco Bell’s new breakfast. “These Ronald McDonalds are not affiliated with McDonald’s Corporation and were individually selected as paid endorsers of Taco Bell Breakfast, but man, they sure did love it,” read small text at the end of the spot. This is not an entirely new concept. “We think this is a great idea,” says Jack in the Box CMO Keith Guilbault, “which is why in 2002 we actually did a commercial featuring Ronald MacDonald ­ a real life customer.” (See it here.) Adweek accused Taco Bell of being a “Hamburglar.”

And yet, Taco Bell’s campaign is calibrated to take advantage of social media. Twitter, Instagram, Facebook, and YouTube—which didn’t exist in 2002—almost guarantees that the commercial will go viral among fans. Not to mention that McDonald’s would likely respond via social media, creating more buzz in the process.

“We were expecting something,” says Mike Sheldon, CEO of Taco Bell’s ad agency, Deutsch LA. “We knew that we would probably be waking a few people up out there in Illinois [where McDonald’s headquarters is located]… We felt like little kids waiting for Christmas. Literally I was having a conversation with the CEO of Taco Bell Tuesday of last week and he said, ‘I can’t wait for Thursday [when the ad aired].'” And so a war-room—made up of Deutsch LA and Digitas, which does Taco Bell’s digital advertising—was set up at the Mexican fast food chain’s headquarters in Irivine, California.

Digiday reports that data firm Topsy calculated a 75,000 spike in Tweets that mentioned Taco Bell. “Every time we hit refresh on Twitter, 25-50 more tweets about the ad would pop up,” said Taco Bell creative director Jason Karley. “I think I read over 2,000 tweets in 48 hours. It was like being in the center of the Internet.”

McDonald’s subtweet, not mentioning its competitor by name, came the next day:

“Our social team is always looking for new ways to engage in the conversations that are happening real-time,” a McDonald’s spokesperson told TIME. “As a fun brand, we always look to leverage a sense of humor when engaging with fans and followers and/or responding to events that are happening in real-time.” The company also added a brick and mortar component to their fight by offering a free coffee to anyone buying McDonald’s breakfasts through April 13.

This made Taco Bell expel a sigh of relief. “We didn’t really know what would happen [from McDonald’s] when we posted,” Brandt, Taco Bell’s chief marketing officer, said. “We are glad that they saw the humor.” Because a social media audience can be fickle and an overly aggressive tone could cause a viral spiral of negative reactions and hashtags. “We obviously consulted our own counsel to make sure that it wasn’t misconstrued and seen as nasty,” Brandt said. “I would be lying if I said I didn’t worry about it.”

Taco Bell rebuttal the response in an Instagram video:

This steady stream of back-and-forth built even more online and media exposure. “We were getting more press than Flight 370 or Putin or Justin Bieber’s last bit of insanity,” Sheldon said.

Still it’s impossible to tell how long this viral tit-for-tat will actually last. The current narrative relies on a steady back-and-forth between the two competitors, and McDonald’s has yet to respond to Taco Bell’s latest shot. In other words, the real question is: In this environment, can the breakfast war really be won? 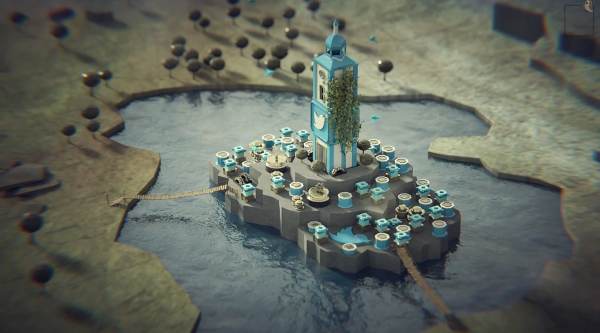 Game of Memes
Next Up: Editor's Pick