A Zoo in Massachusetts Can't Seem to Find Its Missing Monkey

A guenon monkey named Dizzy, at The Forest Park Zoo in Springfield, Mass., on June 21, 2016.
Don Treeger—AP
By Emma Ockerman

Zookeepers in Springfield, Mass., say it may take days to find a small Guenon monkey that escaped from its this week.

Dizzy, a 12-pound monkey that escaped while an employee of the Zoo in Forest Park was cleaning its enclosure, poses no harm to the public, according to a Facebook post from the zoo. Still, the zoo was closed Tuesday and Wednesday while officials searched for Dizzy.

Zookeepers apparently came close to recapturing Dizzy on Tuesday evening, though a bystander threw an object at the monkey and caused Dizzy to run off once again.

“Last night we had Dizzy very close to returning to his enclosure, however, one of the members of the crowds that had gathered threw an object attempting to hit Dizzy and scared him off,” the zoo said. “We are now pleading with the public and the media to stay away from the zoo until Dizzy is returned safely. This could take days, so we appreciate your cooperation.” 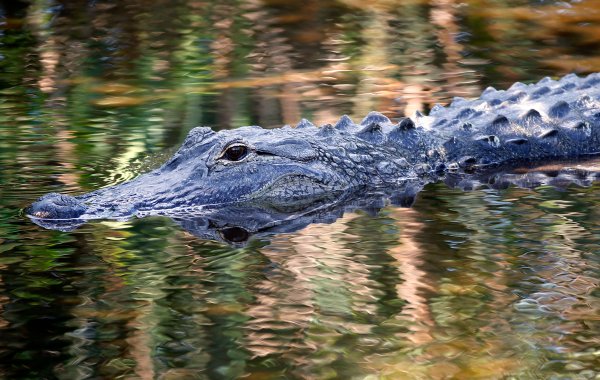 Another Alligator Attacks in Florida, Biting a 58-Year-Old
Next Up: Editor's Pick