The Forgotten Law That Put Americans in Jail for Their Beliefs

A group of American Communists, following their release on bail, July 1948. They are facing charges of conspiring to preach the overthrow of the government, under the Smith Act. In the foreground, Eugene V. Dennis (left) listens to William Z. Foster.
FPG / Getty Images
By Aaron Leonard / History News Network

Scott Martelle, an editorial writer for the Los Angeles Times, is the author of five history books including Blood Passion: The Ludlow Massacre and Class War in the American West. In his second book, The Fear Within: Spies, Commies, and American Democracy on Trial, he tells the story of the 1949 Smith-Act trial in which eleven leaders of the Communist Party, USA were tried, convicted, and imprisoned for advocating the overthrow of the Government. Though the trial served as the opening salvo for the Red Scare of the fifties, it has been largely overshadowed in the historiography by such things as the McCarthy hearings, the trial of the Hollywood Ten, and the blacklists. There is too a contemporary relevance to this. While the matter of organized communism is no longer the issue it was in the fifties, certain elements in play during and in the aftermath of the trial are suggestive of the political polarization on display in the current period. To explore this further Aaron Leonard corresponded with Martelle to talk about the book and the circumstances surrounding the case.

Aaron Leonard: There was a time not long ago when merely advocating — not acting on — but advocating the overthrow of the U.S. Government could garner you a prison sentence, this because of the Smith Act. What was that law and how did it come to be used in the way it was?

Scott Martelle:It was a rather dark time for civil liberties. The Smith Act arose in the late 1930s as conservatives, fearing everything from hidden Bolsheviks to fifth column fascists to homegrown union organizers with a leftist tilt, pushed for laws that would isolate people who held such beliefs. The 1940 Smith Act, among other things, made it illegal to advocate for the necessity of overthrowing the U.S. government. Not for trying to overthrow it, but for saying that it would be a good thing to do. It was facially unconstitutional, but in that climate of fear, it was enacted.

Who were the Smith Act defendants and why were they on trial?

They were the overt leaders of the Communist Party in the United States, and they were charged under the Smith Act with advocating the necessity of the overthrow of the U.S. government. The accusation hung on the argument that these folks were communists, and communism called for the violent overthrow of capitalism, ergo the communists were urging the overthrow of the U.S. government. William Z. Foster was the head of the party and the lead defendants, but his poor health led the courts to separate out his case from the other 11 defendants, and Eugene V. Dennis became the first name in the case. Dennis was the party’s general secretary and a longtime activist within Comintern. He and his wife had spent time in the Soviet Union, where they had left behind a son at the insistence of the Soviets in what seemed to be an effort to force them to follow the party line once back in the U.S. Other defendants included Gus Hall of Ohio, who went on to run for president three or four times on the Communist Party line; Benjamin Davis Jr., at the time of the indictment a sitting member of the New York City Council as a communist, which was a rarity; John Gates, a Lincoln Brigade survivor; Gil Green, an activist from Chicago, and others of that stripe. None of them were underground; they all were open communists, running for office, holding public meetings, etc. It would be as if the federal government decided today to target the Green Party (and I’m not equating their political beliefs).

The 1949 defendants were, as you write, just the first wave. How widely was this law invoked in the 1950s against Communist Party members?

It was used several times, but was short-lived. The Dennis defendants were convicted in 1949 and the Supreme Court upheld the convictions in 1951, after which a series of indictments were handed up around the nation. It didn’t take long for the scope of the error of the Supreme Court’s decision to become apparent. These men were convicted based on their beliefs, their libraries, and courses they taught. In a subsequent case, Yates v. United States [1957], the court, under a new chief justice, gutted the Dennis decision by ruling that the Smith Act could not ban people from talking revolution.

The defense lawyers were a circus unto themselves, challenging Judge Medina – whose biases were manifest – at every turn. As did the defendants, five of whom were at one time or another jailed by Medina for contempt. The lawyers were rude, relentless, caustic and in the end not very effective, though it’s hard to see how any defense lawyer could have won that case, given the times and the views of the court. Dennis represented himself, while the rest were represented by Abraham Isserman, George W. Crockett, Jr. (Detroit-based, he would eventually be elected to Congress), Richard Gladstein, Harry Sacher, and Louis F. McCabe. Gladstein was the lead. After the jury rendered its verdict, Medina got his revenge, sentencing them all to jail for terms ranging form one month to six months. And the New Jersey bar disbarred Isserman; it took him more than a decade to win re-instatement.

You write of an incident (actually two) in upstate New York during the trial, something that has come to be known as “The Peekskill Riot,” in which the Klan and mob of white supremacists attacked a concert of Paul Robeson. What is striking is that people were not just attacked for being Communists, but for being Black and Jewish. What happened in Peekskill?

You’re right, it was a mix of targets, and Paul Robeson, as both a black man and leftist, was the main lightning rod. He had recently been misquoted in the newspapers as saying some pretty incendiary things about the U.S., which drew the ire of the right. And at the time, the right equated any leftists with the communists; even when they weren’t, so political progressives and civil rights advocates were also in the cross-hairs.

The first incident was supposed to be a fund-raiser for the Civil Rights Congress, which, among other things, was supporting the Dennis defendants. When word circulated about the fundraising concert, and the local American Legion (I don’t recall the Klan being openly involved), political leaders and others, including the state troopers, set the stage for a physical intervention to keep the concert from occurring. People were beaten, several severely, and cars arriving at the concert ground were pelted with rocks and tree limbs that shattered windows, and headlights, all with the police standing by. One of the Dennis defendants, Irving Potash, drove through the gauntlet and wound up with glass splinters in his eyes, which delayed the trial for a couple of days. No one was ever arrested. Not to be denied, the organizers insisted on trying again a few weeks later, and the second concert was held without serious incident. [As Martelle explains though, the trouble came afterward as attendees leaving the scene were confronted by a gauntlet of racists, anti-Semites, and anti-communists who threw rocks at their cars shouting epithets, “Get the dirty Jews.” “Kill the kikes.” Hang the Robeson n**rs with a rope.” “Lynch ‘em.” “Send ‘em back to Russia.”]

The chief of the Supreme Court when Dennis came up was Fred Vinson, an old poker-playing buddy of Truman’s who the president appointed in hopes of bridging a divided court. Vinson failed at that, and also was a lousy legal mind, ranking among the worst chief justices, according to surveys of legal scholars. So Truman went 0 for 2 with that appointment. Vinson died in 1953 and was replaced by Earl Warren, who had a better grasp of the law, of the nation, and of court politics, and who oversaw the gutting of the Smith Act.

Given what you learned in writing this book, have we seen the last of this type of law?

Given the Patriot Act, the short answer is, no.

Aaron Leonard is a writer and historian. He is the author of Heavy Radicals: The FBI’s Secret War on Ameria’s Maoists (with Conor Gallagher). He is currently completing work on Threat of the First Magnitude: FBI Counterintelligence and Infiltration from Communist Party to Revolutionary Union. He lives in Brooklyn, NY. 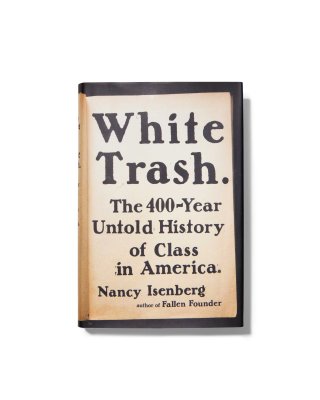 An American Underclass Is Up for Discussion
Next Up: Editor's Pick