Placards posted above water fountains warn against drinking the water at Flint Northwestern High School in Flint, Michigan, May 4, 2016, where US President Barack Obama met with locals for a neighborhood roundtable on the drinking water crisis.
JIM WATSON—AFP/Getty Images
By Sarah Begley

The Detroit Free Press reports the defendants (which include a water company and an engineering firm) are all related to two companies that worked with the city of Flint. The civil suit against Veolia North America, Leo A. Daly Co., and Lockwood, Andrews & Newman argues that the defendants “knew or should have known that high chloride levels in the Flint River would make the water corrosive without significant treatment, and that the corrosion would result in dangerous levels of lead for residents served by the City’s many lead pipes,” the court filing says.

Schuette has previously brought criminal charges against a city employee and two Michigan Department of Environmental Quality officials over the crisis.

Several of the companies did not respond to the Free Press’s requests for comment. In statement to TIME, a spokesperson for LAN refuted the charge. “The Attorney General specifically referred to a decision not to provide appropriate corrosion control, which resulted in a significant decline in water quality, a decision that was made by the City and the MDEQ, not by LAN. Contrary to statements by the Attorney General, LAN was not hired to operate the plant and had no responsibility for water quality, but, and although LAN was not asked, LAN had regularly advised that corrosion control should be added and that the system needed to be fully tested before going online.” 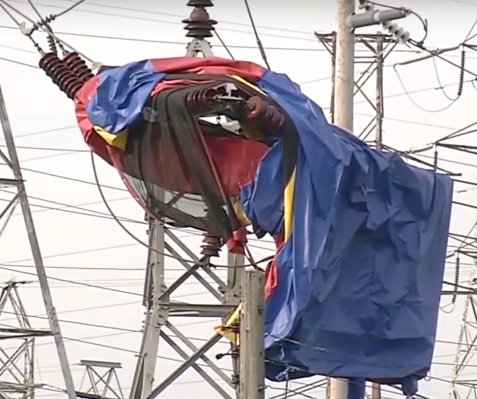 Rogue Bounce House Flies Away and Hits Power Line in New York
Next Up: Editor's Pick