The cast of OG political drama The West Wing reunited in Austin, Texas, this week for the ATX Television Festival. During interviews, the cast offered many gems about the beloved show (apparently, the Broadway hit Hamilton was inspired by The West Wing), but the most important revelation of the festival was who Josiah Bartlet would endorse for the 2016 election.

Show creator and executive producer Aaron Sorkin went on a signature didactic monologue about the dangers of Donald Trump before concluding that President Bartlet would “endorse Hillary Clinton.”

Lucky for us, however, whatever the outcome of this presidential election, there might be a chance to catch the West Wing crew back in the White House. Sorkin revealed that “if there was a way to bring it back without harming its legacy, I would.” Here’s hoping! 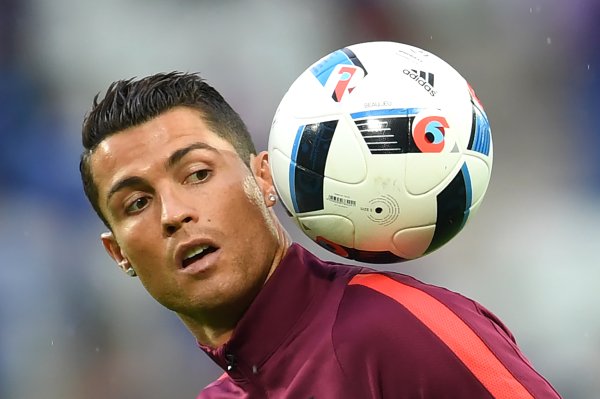 Fed-Up Cristiano Ronaldo Tosses a Reporter's Mic Into a Lake
Next Up: Editor's Pick