Self-driving car technology is advancing at a rapid pace, thanks to work by technology and automotive companies ranging from Google to Ford. While still years from being widely adopted, driverless cars are increasingly capable of handling a wide variety of driving conditions.

With the basic technical hurdles out of the way, driverless car experts now face a different set of problems — namely, ethical issues. Among the most pressing questions: What should a driverless car do if it faces a choice between putting its passengers at risk or harming someone outside the vehicle?

New research reveals that people are conflicted about such a dilemma. In six online surveys conducted last year, Jean-François Bonnefon, a psychologist at France’s University of Toulouse, asked U.S. residents how they would prefer their autonomous vehicles to behave.

The results, to be published in the June 24 issue of the American Association for the Advancement of Science’s journal Science, found that most respondents believe self-driving cars should be programmed to save as many lives as possible in a given situation. However, these same people would prefer to buy a car that protects themselves and other passengers inside the vehicle as a priority.

For a carmaker seeking to sell autonomous cars to a skeptical public, that seemingly contradictory result might be maddening.

“It’s really a question of our society coming to some kind of consensus about what we want these autonomous machines to be like, and then car manufacturers finding a way to produce something that’s consistent with those expectations,” says Joshua D. Greene, a psychology professor at Harvard University. Greene has authored a separate article on the self-driving dilemma that will appear alongside Bonnefon’s work.

Participants in the study were also asked whether they would buy a self-driving car if there was a government imposed regulation that forced these vehicles to prioritize minimizing overall casualties over the passenger’s own safety. Many respondents lost interest in purchasing an autonomous vehicle under these conditions. But Bonnefon thinks this may change in the future.

“At the moment, it seems the idea of sacrificing yourself is a big hurdle in peoples’ minds,” says Bonnefon. “But people may come to realize that it is much safer to let the car drive rather than to drive yourself, and that terrifying prospect of being sacrificed by your car is very unlikely compared to the other safety benefits.”

For Greene, driverless cars are all but inevitable. What remains to be seen is how people will react to them. 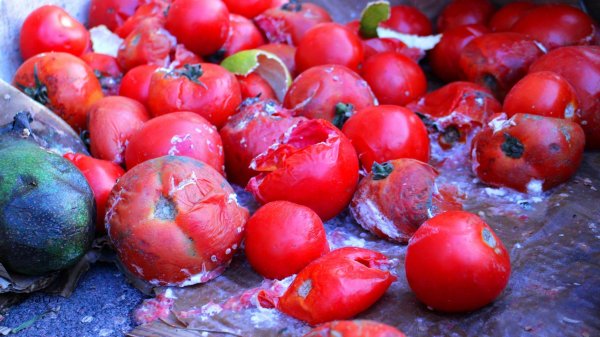 How to Power Disney World With Rotten Tomatoes
Next Up: Editor's Pick