Marco Rubio Will Run for Re-Election

Sen. Marco Rubio (R-FL) speaks to supporters at the Palafox Wharf on March 12, 2016 in Pensacola, Florida.
Mark Wallheiser—Getty Images
By Will Drabold

The worst-kept secret in Washington is out: Sen. Marco Rubio will run for re-election.

The Florida Republican, one of the last Republican presidential candidates to drop out of this year’s primary, has reversed his earlier decision not to seek a second term, the Washington Post reported on Wednesday morning.

Mitch McConnell and other Republican Senate leaders said at a Tuesday press conference that they hoped Rubio would seek re-election.

“Everybody realizes that it’s an important state and that Marco’s the best person to keep that state a Republican seat,” said John Thune, a senator from South Dakota and the number three Republican in the senate. “Many people are very fond of Marco on a personal level and would like to see him stay around the Senate.”

Republicans had pressed Rubio to run, hoping he would help them hold onto a crucial Senate seat, but he’d previously been wary. A little more than a month ago, he tweeted, “I have only said like 10000 times I will be a private citizen in January.”

While heading to the Senate on Tuesday, Rubio was asked if he would seek reelection as he walked into an elevator. He did not respond and grinned as the doors closed.

Donald Trump, the presumptive GOP nominee dubbed him “Little Marco” earlier this year, while Rubio made fun of Trump’s hands, a move he later said he regretted. But the two appear to have reconciled, as Trump recently tweeted that Rubio should reverse course and run for reelection.

Rubio’s campaign website, marcorubio.com, was “under maintenance” as of Wednesday morning. 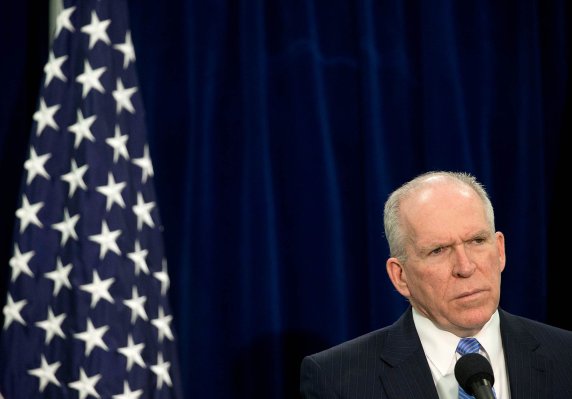 CIA Director Warns That ISIS Is Still a Threat
Next Up: Editor's Pick