A 41-year-old New York City stay-at-home dad has been posting YouTube videos of himself learning to skateboard every day, and he’s been steadily improving his skills.

“I never thought I was cool enough when I was a kid to skate. Once I reached my 40th birthday, I decided I didn’t really care about cool or uncool anymore, so I bought a board,” Ben Jaeger-Thomas told TIME.

Before 40, the stay-at-home dad who also does voice acting work had never stood on a board, so skating has been a ankle-whacking, board-kicking and life-alteringly “Zen” ride for him. “This right here is my mid-life crisis,” Ben Jaeger-Thomas said pointing to his board in a video of day 2. The skater dad’s been at it for more than a year, twisting and sailing over hurdles in parking garages and tracks all over New York City.

Most of his videos don’t have more than 200 views, but his followers have been supplying some killer tips that helped him tackle increasingly ambitious skateboarding tricks. Throughout his quest to be good at skateboarding, it’s been mostly tumbles, but if you stick with him, it’s pretty satisfying to see him finally nail a pop shuvit in today’s video (spinning the board under your feet, and then rolling away.) Revelation: it takes a dad a long time to master the ollie.

“I love both how it feels to just cruise around as well as how it feels to land a trick you have been working, hours, days, or weeks to land,” he said. “It has given me a place to go and be expressive, to be young. To not be a dad, or an actor, or responsible, a place to just be… When you do something for the first time as a young person, it feels amazing and it is awesome.”

Most of the skaters where he rolls are thirty years younger than he is, but like them, he hates authority, is fearless, and has free time during the day.

Watch today’s video and all 76 others below. 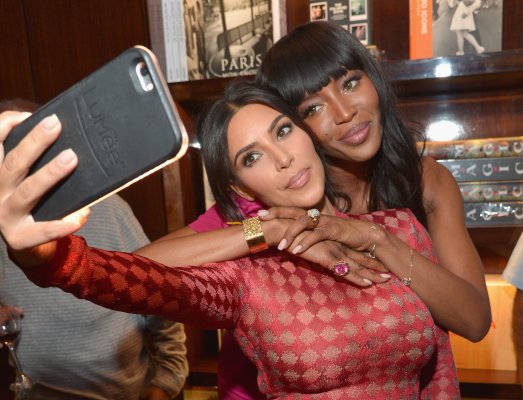 A Guide to the Best Celebrity Selfie-Takers of All Time
Next Up: Editor's Pick