Blake Lively’s high-fashion tour of this summer’s Cannes Film Festival had many memorable looks, but one in particular got people talking: a golden Atelier Versace gown with a long train. And it wasn’t the dress itself that stirred up conversation quite as much as the Instagram she posted about it: a front and back view of the gown captioned “L.A. face with an Oakland booty.” Some fans criticized her use of the quote from “Baby Got Back” as being inappropriate due to its racial overtones — though the rapper behind the big-booty anthem, Sir Mix-A-Lot, said he interpreted it positively.

Now the 28-year-old is addressing the controversy herself, defending her caption and claiming she truly meant no harm to anyone with her lyrics.

“It’s something I was proud of. I never meant to offend anyone,” she told host Sway Calloway of Shade 45 on Tuesday afternoon. “But Sir Mix-A-Lot, he actually said a very nice thing, he was very defensive and kind, because it’s just about celebrating women’s bodies, and that’s what I was doing. I would never want to hurt anyone’s feelings or upset anyone.”

“I was celebrating my body,” she added. “It’s nice to have a nice curve and not look like you’re starving to death.”

In the same interview, Lively also took the time to remind fans that what they see on the red carpet is far from reality, adding that her at-home ensembles are much less glam than, say, a feathered cocktail dress worn with a hoodie or a sequin runway gown with a denim jacket.

“It’s also unfair what you see in the media so much. What I look like on a red carpet is not what I look like in real life,” she told the host. “Even in that dress, I’m wearing a great, tiny corset that like someone has cinched me in within an inch of my life and it’s the most favorable version.” 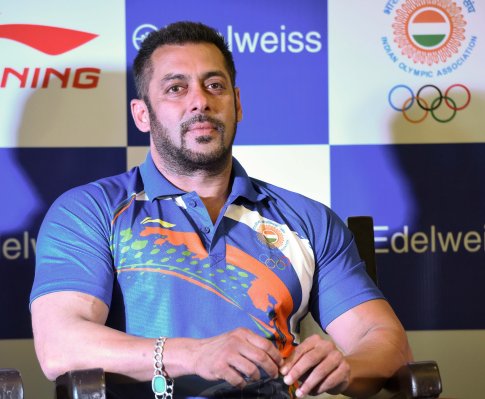 Bollywood Star Salman Khan Compared Training for His New Film to Feeling Like a 'Raped Woman'
Next Up: Editor's Pick