The Brexit Show Comes to Wembley in Final Debate Before Vote

Less than 48 hours before the U.K. decides the E.U.’s fate at the polls on June 23, Remain and Leave campaigners aggressively battled to project their core messages in the last and largest debate of the the two-month campaign at London’s Wembley Arena on Tuesday.

The referendum campaign has been marked by a new civility following the assassination of MP Jo Cox last week, but you might not have guessed it from the tenor of the debate. The Remain side wasted no time in attacking the allegedly misleading campaign materials and claims of their opponents. Khan held up a Vote Leave leaflet that suggested Iraq and Syria would soon share the same border with the E.U. Addressing his predecessor Boris Johnson, he said: “Your campaign hasn’t been Project Fear, it’s been Project Hate as far as immigration is concerned.”

When Johnson called the E.U. a “job destroying engine,” Davidson launched a strong attack against her fellow Conservative Party member – and potential leadership rival — saying: “You’re going to be asked to vote in two days time and all you’ve heard tonight is ‘trust us and it will all be fine’ and that’s not good enough” she said. “They [Vote Leave] won’t tell us how much the economy will be hit by, they won’t tell us how many jobs might go, they won’t tell us what they will replace the single market with.”

While audience members TIME spoke to said they were most excited to see Khan and Johnson in action, it was Scotland’s Davidson who stole some of the limelight. She won applause by angrily lambasting the opposite side’s call to “take back control” of the the country’s borders, by withdrawing from free movement rules that have seen up to 3 million Europeans settle in the U.K. “You lose control by losing your seat at the table,” Davidson responded.

But the blonde-haired former mayor wrapped-up the event on a high. In rousing ending remarks, Johnson declared that Vote Leave was the side of “hope” and June 23 could become Britain’s “Independence Day.” Speaking after the debate, Remain audience member Jason Tay, 23, conceded that Vote Leave had received the audience’s most enthusiastic response, which he credits to Johnson’s “natural charm.” “I personally believe Remain had more substance” said Tay. “But, it was Boris’s speech that got a standing ovation.”

Naturally, both campaigns claimed a win. “The in campaign had nothing positive to contribute tonight” Vote Leave spokesperson Matthew Elliott told reporters afterwards. “Just like they have failed to make a positive contribution to the whole campaign.” Director of Britain Stronger In Will Straw said the leave campaign “blew their last chance” to give a credible plan for Britain’s future.

Read more: A Brief History of Britain’s Tortured Relationship With the European Union in 11 Quotes

Pro-Remain Labour MP Chuka Umunna told TIME after the event that a vote to leave would be devastating for Britain’s relationship to the wider world as it acts “as an important bridge” to countries like the U.S. and India. “President Obama has been very clear that Britain amplifies its influence by being a member of the European Union,” Umunna said. “If we leave the European Union we won’t be that.”

Euroskeptic MP Priti Patel thinks the opposite is true, citing the common Vote Leave platform that bilateral relations with countries beyond the E.U. would improve if there is a vote to leave. “Quite frankly the reality is when we vote to leave we would have the freedom to grow our relationships” she told TIME.

As spirited as both sides’ arguments may be, according to an average of six recent polls the referendum could go either way with Remain currently holding a small 2 point lead. And besides, few in this crowd were open to having their minds changed. The political affiliations of the audience were on display: a group of attendees could be heard chiming ‘Vote Remain’ instead of ‘cheese’ when having their photo taken. A Vote Leave supporter wore what looked to be a bespoke, bright red suit with the campaign group’s logo stitched to the back, while Antonio Vitiello from Bedfordshire, a “card carrying member” of the U.K. Independence Party, sang the anti-E.U. parody song Britain’s Coming Home. 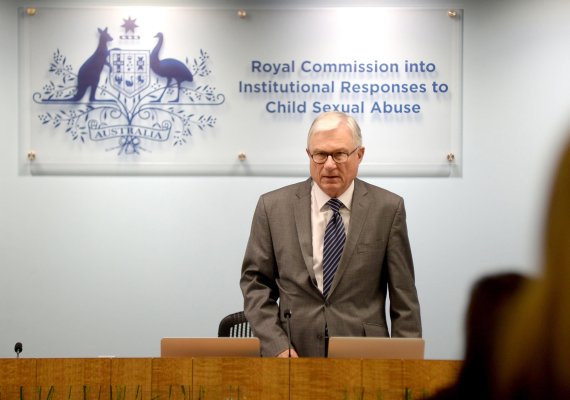