The exterior of the J. Edgar Hoover Building, which is the headquarters of the FBI, on Aug. 20, 2015 in Washington, D.C.
Matt McClain—The Washington Post/Getty Images
By Melissa Chan

The FBI on Tuesday arrested an Indiana teenager who authorities say was trying to travel overseas to join ISIS, according to the Justice Department.

Akram Musleh, 18, was allegedly about to begin his journey to “ISIS-controlled territory” when FBI agents stopped him from boarding a bus from Indianapolis to New York, officials said. The Brownsburg teenager then planned to fly to and travel through Morocco, authorities said.

He was charged with attempting to provide material support to ISIS and faces up to 20 years in prison, a lifetime of supervised release and a $250,000 fine if convicted.

“The radicalization of American citizens by terrorist organizations like [ISIS] is a threat to our safety here and abroad,” U.S. Attorney Josh Minkler of the Southern District of Indiana said in a statement. “I am committed to using the full authority of the United States Attorney’s Office to identify, investigate and prosecute those that provide material support to terrorists.” 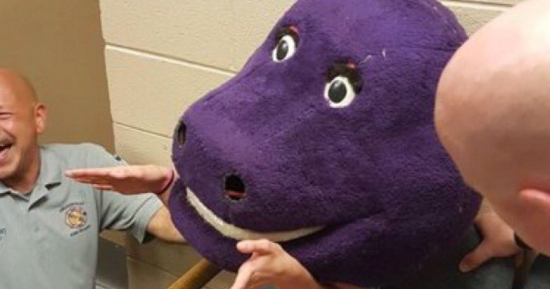