The week’s gotten off to a rough start for Nick Young. On Sunday, he and ex-fiancee Iggy Azalea announced that they were breaking up, just a few months after footage of him secretly recorded by D’Angelo Russell surfaced that showed Young apparently admitting to cheating on Iggy. On Monday, photos surfaced of Azalea moving his belongings to her driveway and having Young’s vintage car (a former Christmas gift from the rapper) towed.

Now, just two days later, in what might be the most awkward timing ever, Russell’s wry commercial for Footlocker has dropped and has the Lakers rookie joking about the backlash of the cheating controversy to #1 pick, Ben Simmons just in time for the NBA draft on Thursday.

The commercial features Simmons asking the former newbies for advice for his first year in the league; when it’s Russell’s turn, he merely chucks Simmons’ phone into the ocean, poking fun at a situation that left most of the blame on the 20-year-old Russell for being a “snitch” as opposed to addressing the 31-year-old Young’s infidelity.

Young didn’t seem to find the joke very amusing, however, and tweeted accordingly. 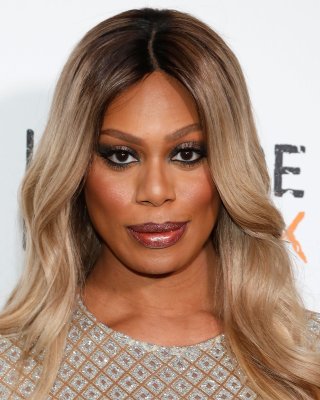 Watch Laverne Cox's Trick for Great Looking Hair When You're Tired From Dancing to Beyoncé
Next Up: Editor's Pick