The Difference Between Postpartum Depression and Postpartum Psychosis

Andrea Yates (R) sits with her attorney George Parnham after the not guilty by reason of insanity verdict was read in her retrial on July 26, 2006 in Houston.
Pool—Getty Images
By Melissa Chan

Andrea Yates shattered the silence surrounding postpartum depression and psychosis 15 years ago when she drowned her five young children in a bathtub.

The high-profile quintuple murder case drew national attention in part because of the tragic deaths of the children—who ranged in age from 6 months to 7 years old—and the defense team’s argument that Yates suffered from severe postpartum psychosis, a condition that was then relatively unknown among the public.

Today, advanced research and federal legislation have helped shed more light on the treatment of both conditions, as well as provide more support and screening opportunities for mothers. Celebrity moms, including Nashville actor Hayden Panettiere and mother-of-two Drew Barrymore, have publicly spoken about their battles with postpartum depression. Panettiere in May told her fans on Twitter that the illness has “impacted every aspect” of her life and that she needed to take time to reflect on her health. As the conversations continue, here are the differences between the two conditions:

Symptoms vary depending on the patient but can include frequent crying, anger, anxiety, withdrawal from loved ones, the feeling of numbness or being disconnected from the baby and even sometimes thoughts of hurting yourself or the infant, the APA says.

Those symptoms can appear days or months after childbirth, and may have serious effects. The psychological disorder “can make it hard for you to get through the day, and it can affect your ability to take care of your baby, or yourself,” according to the APA.

Postpartum depression doesn’t go away on its own, but both mild and severe cases can be successfully treated with different forms of psychotherapy and antidepressant medication.

Postpartum psychosis is rarer than postpartum depression, and involves symptoms that include delusions or hallucinations and can put both the mother and her child in danger, health experts say. The condition affects 1 to 2 out of 1,000 women, and tends to present within the first two to four weeks after delivery, according to a study published in the Journal of Women’s Health in 2006.

The onset of postpartum psychosis is often sudden. In addition to psychotic symptoms, patients can also develop symptoms of paranoia, mood swings and confusion.

Yates, who is now in a Texas mental hospital, had tried to commit suicide at least once before she drowned her four sons and baby daughter on June 20, 2001. Her attorneys said she suffered from psychotic delusions and had repeated episodes of postpartum depression, TIME reported in 2002. She had multiple violent visions of murder before carrying out the killings.

Yates was convicted of capital murder and was sentenced to life in prison, but her conviction was overturned on appeal. She was found not guilty in 2006 by reason of insanity.

Like postpartum depression, postpartum psychosis is also treatable, but a 2006 paper suggests that swift treatment after childbirth is important. 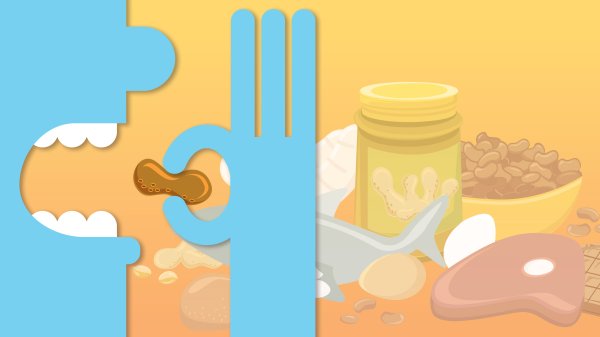 You Asked: What Happens If I Don't Eat Enough Protein?
Next Up: Editor's Pick