How Sleeping Late Wrecks Your Diet

Staying up late to binge watch Bloodline may be one reason you prefer fries over broccoli, suggests a preliminary study that was recently presented at the annual meeting of the Associated Professional Sleep Societies.

Northwestern University researchers looked at 96 adults, aged 18 to 50, who slept more than 6.5 hours a night. (On average, they logged about 7.5 hours.) The participants wore monitors that measured their sleep and physical activity, and completed food diaries for seven days.

The researchers discovered that late sleepers ate fewer vegetables and more fast food, and were less physically active than early risers. On average, these night owls went to bed at 12:45 a.m.

But there’s a kicker: You’d expect these folks to be overweight, right? Yet their body mass index (BMI) and body fat percentage were both in the normal range.

Oddly enough, late sleepers didn’t eat more calories, according to study co-author Kelly Glazer Baron, PhD, assistant professor in neurology at Northwestern University Feinberg School of Medicine. “That may be why they don’t weigh more despite a poor diet,” she told Health in an email.

Health.com: Why Interrupted Sleep Is Worse Than Short Sleep

Still, since the calories they ate were junkier, it’s surprising they hadn’t put on weight. Sleep expert Michael Breus, PhD, author of the upcoming book The Power of When, has a theory: “Night owls might genetically be programmed with a higher metabolic rate that makes up for eating high-fat, high-calorie foods.” Future research might look at the metabolism of both night owls and early birds, says Breus, who was not involved in the current study. (But needless to say, even if people who stay up late really can eat more junk food without packing on pounds, that doesn’t meant they should!)

Baron points out that the study looked at just a short snippet of the participants’ lives (one week), so they don’t know if a poorer diet and exercise could lead to weight gain over time. Plus, she notes people who go to bed late also tend to sleep less. “The interaction of late timing and short sleep duration may lead to weight gain,” she says.

The reason people who stay up late have a poorer diet could be biological (they may crave fatty foods and sweets late at night for energy) or social (they might be out late, drinking and eating), says Shelby Harris, PsyD, the director of behavioral sleep medicine at the Sleep-Wake Disorders Center at the Montefiore Medical Center in New York City. (She was also not involved in the study.)

But if you love sleeping in, you don’t need to give it up just yet. You can try focusing on your snacking habits first. “People who are night owls may make simple changes if they’re just more aware that they aren’t making the best food choices,” says Harris. 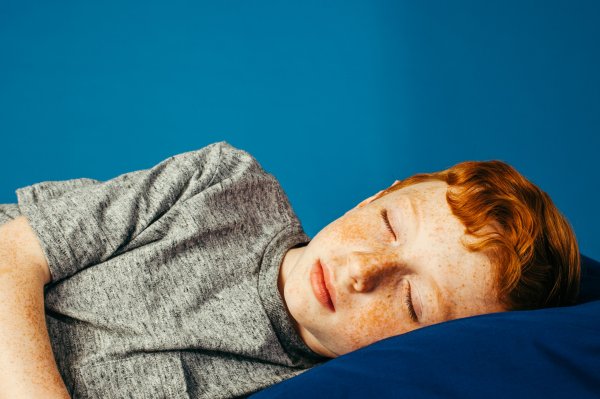 How Much Sleep Babies and Kids Need
Next Up: Editor's Pick