Britain and Europe Have a Long History of Conflict and Cooperation

Britain’s referendum on the E.U. marks another step in the country’s long and troubled history with its European neighbors. Divorce or not, Europe will continue to have a huge influence over British politics and society – history has a few lessons for us here.

Europe made the U.K. The emergence first of England as a nation state was the product of European pressures – to defend itself against Viking raids. So was the formation of the United Kingdom, which rallied England and Scotland against the France of Louis XIV.

Moreover, Europe has almost always been more important to us than the rest of the world. The 18th century statesman and philosopher Edmund Burke, for example, spoke of a “Commonwealth of Europe”, long before the British Commonwealth of Nations was even thought of.

The nature of the European challenge varied greatly over time. It was always strategic. In the Middle Ages the main enemy was France. In the 16th century and early 17th centuries it was Spain. From the late 17th to the early 19th century it was France again; in the mid to late 19th century it was Tsarist Russia. Then, in the early and mid-20th century it was first the Kaiser and then Hitler’s Germany; and then Russia again – with a brief interruption after the fall of the Berlin Wall – from the end of World War II to the present day.

Very often, the danger was also ideological. From continental heresy in the Middle Ages, through counter-reformation Catholicism (which also become a synonym for absolutism and continental tyranny) in the 16th and 17th centuries, French Jacobinism in the late 18th century, right and left wing totalitarianism in the 20th century, to Islamist terrorists arriving from Europe as migrants today.

Furthermore, Europe has profoundly shaped domestic politics in the U.K. It has been the subject of argument without end for hundreds of years. In the 16th and 17th century there were furious debates over the best way to protect Protestantism and parliamentary freedoms in a Europe in which both were under severe attack.

From the 18th century onwards, Britons disagreed on the best strategy for maintaining the European balance of power. The prevailing orthodoxy among one side of parliament (the Whigs) looked to alliances and armies on the continent. The Tories on the other side called for greater restraint and more focus on the country’s naval and colonial power. Throughout these debates, some argued for military intervention on the continent and interference in the internal politics of sovereign states there, while others demanded equally passionately that Britain should stay out, for reasons of pragmatism, as well as principle. Both views are well represented in both major political parties today.

Of each other’s making

If Europe made Britain, then Britain also made Europe. The British shaped Europe in their interests and increasingly in their image. Their military presence and reputation on the continent was usually formidable, from the iconic victories at Agincourt, Dunkirk, Blenheim, Dettingen, Waterloo, in the Crimea, during the two world wars to the deterrence in Europe under NATO. It was enhanced rather than reduced by the fact that many of these triumphs were secured with the help of coalition partners.

Britain played an important, and often a decisive role in most of the major European settlements since the late 17th century: the treaty of Utrecht, which enshrined the principle of the “balance of power,” through the Congress of Vienna, which remodeled Europe after the Revolutionary and Napoleonic Wars – right down to the treaties on European Union we have today.

Plus, Britain saw and realized its security through the power of ideology. This began with the defense of the Protestant interest in the 16th and 17th centuries, the protection of European “liberties” in the 18th century, the promotion of liberalism in the 19th century, and the spread of democracy in the 20th and 21st centuries.

Britain has therefore been distinctive in Europe. Its European story is not merely separate and equal to that of the continent, but fundamentally different and more benign. The British pioneered two innovative forms of political organization: the nation state as represented in parliament and then the concept of multinational union based on a parliamentary merger of Scotland and England.

Over the past 500 years, by contrast, Europeans have explored political unhappiness in many different forms. These have ranged from absolutism, through Jacobinism, Napoleonic tyranny, Hitler, Soviet communism, to the well-meaning but broken-backed European Union today.

Continental Europe, in short, had failed before 1945, and even now the European Union is only failing better. Unlike virtually every other European state, which has at some point or other been occupied and dismembered, often repeatedly, England and the United Kingdom have largely – with very brief exceptions – been a subject of European politics, never merely an object.

This should not be an occasion for British triumphalism. On the contrary, whatever the outcome of the referendum on membership, the European Union is not the U.K.’s enemy. The failure of the European project, and the collapse of the current continental order, would not only be a catastrophic blow to the populations on the far side of the channel but also to the U.K., which would be directly exposed to the resulting storms, as it always has been.

Brendan Simms is Professor in the History of International Relations, University of Cambridge 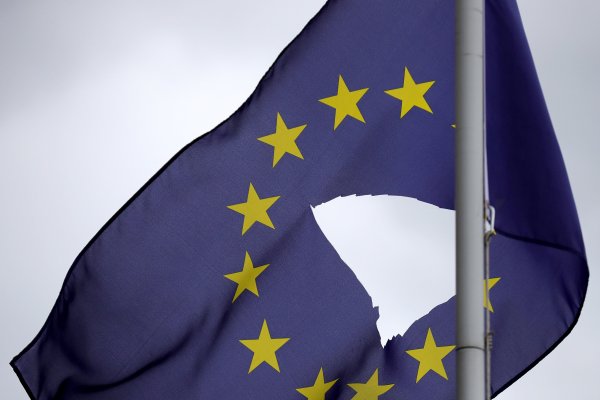 Britain Has Voted to Leave the E.U. So Now What Happens?
Next Up: Editor's Pick