Anything can happen on live television. Just ask Nima Shaffe, a reporter for WXYZ Channel 7 in Washtenaw County, Mich., whose live broadcast was interrupted Monday morning by the plaintive meowing of a stray kitten. The news team decided that the kitten might make a good addition to the show, and they were right: the little stray has been a major hit.

“He’s going to be our new mascot,” reporter Shaffe said. “He’s been pretty vocal, he tried to take over my time.”

The channel called in the local sheriff and humane society, who are helping making sure the kitten has the proper immunizations and will be placed in a good home. As it turns out, the kitten is actually a “she.”

And here’s a behind-the-scenes video of the kitten meandering around the reporter’s set earlier this morning: 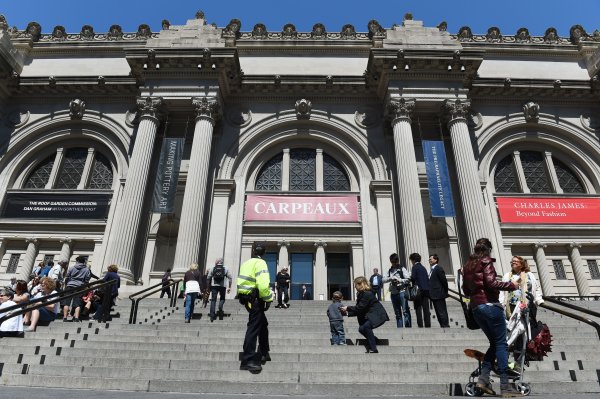 This Teenage Artist Just Completed Her 'Life Goal'
Next Up: Editor's Pick