'Electric Wind' May Be Why Venus Lacks Water

Scientists have long wondered why Venus‘ atmosphere lacks water, and now they may have solved the mystery.

Venus has an “electric wind” strong enough to strip traces of water from its upper atmosphere, according to a statement released Monday by the NASA-funded researchers who worked on the European Space Agency’s Venus Express mission.

The planet, similar to the Earth in size and gravity, contains evidence that it previously had oceans. But due to its high surface temperatures of 860 degrees Fahrenheit, those oceans likely boiled away to steam, which would have left more significant traces of water in the planet’s atmosphere than are currently found. Now, though, scientists say it’s possible the “electric wind” played a part in gradually eroding an “ocean’s worth of oxygen and water” from Venus’ atmosphere. NASA described the wind as an electric field so strong it causes electrons to accelerate past the planet’s gravity, a phenomenon that could be caused by the planet’s proximity to the sun.

“It’s amazing, shocking,” Glyn Collinson, a scientist at NASA’s Goddard Space Flight Center, said in the statement. “We never dreamt an electric wind could be so powerful that it can suck oxygen right out of an atmosphere into space. This is something that has to be on the checklist when we go looking for habitable planets around other stars.”

With knowledge about the electric wind, astronomers should be able to improve their estimates of the size and location of habitable zones near other stars. 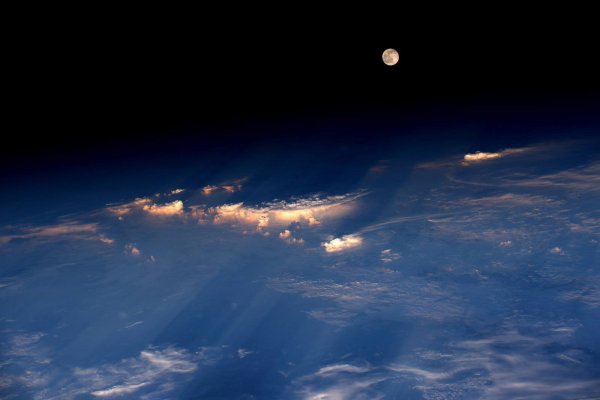 See the Strawberry Moon from the International Space Station
Next Up: Editor's Pick