When Steve Jobs first introduced the Apple TV, he called it a “hobby” or, in essence, an experiment. To his and Apple’s surprise, the streaming box became a hit and is now a multi-billion dollar business.

I think when Jobs called the Apple TV a “hobby,” it was with a slight smile or wink in his eye. It appears that he and Apple always had a major plan for Apple TV and a determination to make it more vital to the company going forward. This fact became clear when he told his biographer (and former TIME editor) Walter Isaacson that he had “finally cracked” television. Isaacson wrote that Jobs described an integrated TV that would sync seamlessly with across devices and iCloud. He suggested it would make complicated remotes for disc players and cable boxes a thing of the past. Clearly Apple has had big plans for Apple TV for years.

Apple CEO Tim Cook and Senior Vice President Eddie Cue have emphasized that apps are key to Apple TV’s future. At last week’s WWDC conference, Apple executives said that there are now 1,300 video channels, 650,000 movies and TV episodes on demand and 6,000 native apps on Apple TV. Apple keeps adding new video channels each month. After it opened Apple TV to developers, thousands of new apps have made it one of the most powerful external TV boxes on the market.

If you look closely at Jobs’ comments and things Apple has said about Apple TV, it is hard to miss an underlying theme: Replacing your cable box. More importantly to users would be the delivery of unbundled services that would also give them hundreds of new choices in channels well beyond what the cable companies can offer today, along with thousands of TV-based apps.

But the real power in making Apple TV a cable box buster will only be evident when Apple is able to deliver live and local television. Thanks to a partnership with Sling TV, Apple is a step closer to making this a reality. Sling TV is now on the latest Apple TV, providing live over-the-top channels like ESPN, CNN, and The Disney Channel for $20/month and up.

Most of the offerings or channels on Apple TV are video-on-demand. But with Sling TV, customers now also get access to many live TV stations, exactly as they are delivered via a cable service, but over the Internet instead. To be fair, Sling TV is offered on other devices such as Roku, Amazon Fire, Chromecast and Android TV too, but you do not have Apple’s large offering of apps and the 1,300 channels that are delivered on Apple TV.

For Apple TV to displace a cable box completely, it must also provide local content. This will be difficult. Today, the cable companies pretty much have a lock on live local channels and make it a key part of their offerings. Apple, along with the other “over-the-top” services, has been trying to negotiate to gain access to local content for years. So far it has struck out on gaining access to these stations.

For cord cutters, there is a simple workaround to this problem: Using an Apple TV or similar device in conjunction with an over-the-air antenna. This method is especially popular with the millennial crowd, many of whom have abandoned cable, or never had it to begin with.

Adding Sling TV to Apple TV is a major next step for Apple since it adds over a dozen live TV channels along with 1,300 on demand channels and 6,000-plus apps. The move makes Apple TV one of the most powerful over-the-top external options for those wishing to get rid of cable. However, I don’t expect Apple to stop trying to get live local channels added to its lineup. That would make it an absolute game-changer. 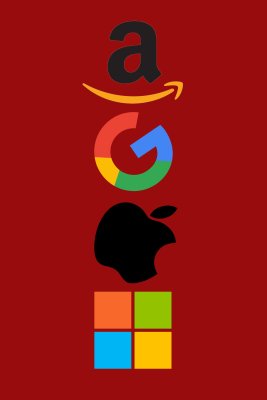 This Is the Biggest Battle in Tech Right Now
Next Up: Editor's Pick