Hillary Clinton Has Much More Money Than Donald Trump

Trump and the Republican National Committee, combined, raised about $18.6 million in May, while Clinton and the Democratic National Committee raised more than double that amount, the Associated Press reported, citing new financial disclosure documents.

Clinton’s campaign raised more than $26 million in May, the AP reported. She entered the month of June with $42 million in cash on hand.

Comparatively, Trump’s campaign raised $3 million in May and started June with $1.3 million in cash on hand. He also loaned his campaign $2.2 million.

Trump has said he intends to rely heavily on the RNC to fund his general election campaign, but the group did not see a fundraising boost in May, even though Trump became the presumptive nominee. The RNC raised about $13 million in May, about the same as it raised in April, the AP reported.

Read more: The War Among the Donald Trump Super PACs

Super PACs for both candidates also contributed to their fundraising efforts. Based on the new financial disclosures, pro-Clinton super PACs brought in more, but many of the pro-Trump groups were not yet required to report their earnings, either because they are new or because they are held to a different reporting schedule, the AP reported.

The documents also showed that Trump’s campaign spent at least $6.2 million—about 10% of total campaign expenditures—on Trump corporate products and services through the end of May, the AP reported.

Clinton criticized Trump on Tuesday for spending campaign money on his own business. “What is Trump spending his meager campaign resources on? Why, himself, of course,” she posted on Twitter. 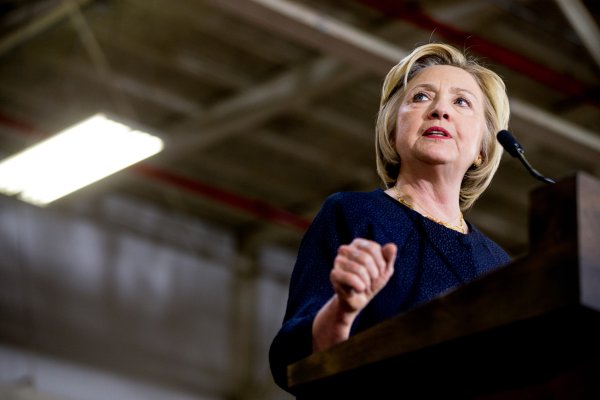