Two members of Australia’s Paralympic team have been robbed at gunpoint on the streets of Rio de Janeiro, raising concerns about the security arrangements for athletes ahead of the Games there this summer.

The Australian Paralympic Committee said in a statement that Liesl Tesch, who is on both the sailing and basketball teams, and team physiotherapist Sarah Ross were riding bikes near their hotel on Sunday when two men confronted them and asked for money.

Tesch told the Australian Broadcasting Corp. she demonstrated to the assailants that she wasn’t carrying any cash.

“He then said something else and pointed the gun at me and pushed me in the shoulder and I just toppled over with my bicycle and he just grabbed my bicycle, and the other guy was wrestling the bicycle from our team physio,” she said. “And they just rode off into the park. It was absolutely horrific.”

“It’s not an isolated incident, there’s been several incidents over the last couple of months involving our team members and other Australians in Rio,” she said. “It’s got to a point now, though, that we are demanding that steps and measures are taken to ensure that all our team members who go to Rio for the Olympic Games next month will be safe.”

Chiller said she has written to the Games’ organizers and the mayor of Rio demanding that security forces for the Olympics are mobilized earlier.

She also called for a review of the number of security personnel — currently about 100,000 state and federal police, military and private security — that Brazil will deploy for the Games. “It is a lot more than we had in London, but Rio is not London,” she said. “And in my opinion, based on latest incidents, we need to make sure that all those competition and training venues are safe.” 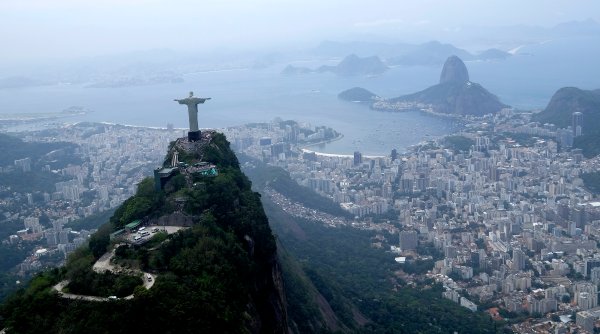