Just eight months after celebrating its fifth birthday, Instagram is celebrating a new milestone: half a billion monthly active users, 300 million of whom use the photo-sharing service daily.

“It’s a big milestone for us because we set to create a community, not just a photo-sharing app,” Instagram co-founder and CEO Kevin Systrom tells TIME in an exclusive interview. “One of the things we said early on is that everyone can create a photo-sharing app, but not everyone can build a community that lasts. And [these 500 million users] are not in silos. They are all interacting with each other. It’s a global community, with over 80% of those people outside of the United States.”

For Systrom, the magic number brings to life the vision he had when he started Instagram with Mike Krieger in 2010. Yet with hundreds of millions of people on the platform, it also runs the risk of losing the personal aspect that made it successful in the first place.

Last month, Instagram started using an algorithm to predict which photos its users are more likely to want to see, with those pictures appearing higher in their feeds. It’s similar to the system used by Facebook, which acquired Instagram in 2012 in a roughly $1 billion deal. Some users balked at the change, a common reaction when a popular social media platform makes a big tweak. But Systrom sees the move as a way to surface the best content from the 95 million images and videos shared on the platform every day.

Read next: Why Instagram’s Big Change Is a Good Thing For Users

“The community feel is all about who you connect with,” says Systrom. “I feel a big part of the change we’re doing with the non-chronological feed is to resurface the content from people you want to interact with the most and the people you have a history of interacting with the most. So in a world where we have more people, we make sure that your feed feels small. That it still feels personalized to you.”

The change is part of Instagram’s push to reach one billion users, a marker thus far reached only by Facebook. “We know that these next 500 million people don’t look like the 500 million people that we on-boarded already, meaning they use different phones, they are likely from other countries, different ages, different interests, different backgrounds, and it’s up to us to make sure that the product feels local in every market, and that we’re optimized for each and every phone.”

As part of that effort, Instagram has hired teams of community editors and marketers in international markets to “put the finger on the pulse of these markets and help us understand what we should be doing to scale locally,” says Systrom. “That’s really the focus of growth going forward.”

Instagram is also investing in the creation of new content for the platform through various partnerships. It had arrangements with Vogue’s Met Gala to the Coachella music festival, for instance. It also created an up-close look at an amphibious assault ship ahead of New York City’s Fleet Week. “We see them less as partnerships and more as teaming up to let great things happen,” says Systrom. “We like to unlock those features and unlock those possibilities for each and every user on Instagram. It must help growth and must help make the transition to video and, if nothing else, it means that there’s great stuff to see on Instagram.”

As with all social media platforms these days, Instagram is pushing heavily on video. That effort has taken on increased importance given the rise of Snapchat, a rival app that is predominantly video-based. Video is a challenge for Instagram because users have long associated the platform with still images, and consumer behavior is hard to change. But Instagram says that it has seen a 150% jump in the amount of time users spend watching videos in the app over the last six months. “I’m very excited about that because we all believe that video is the next big medium for living and understanding the world as it happens,” says Systrom.

Instagram is now focused on convincing its users to share even more videos. “The real challenge is: how do you make a system like Instagram accept videos from consumers in a way where you don’t feel you have to get as many likes?” To achieve that, Instagram recently switched to a view count for videos posed on the platform, rather than the “likes” that appear with photos. “If you change the language, if you change the feedback, you actually get more of them and I think people are more likely to post.”

Yet the number of videos shared on the platform remains low compared to still images. But Systrom is convinced this will change. “[If you look] at people’s camera rolls on their phones, you’ll see mostly photos and every now and then a video. I believe this will change in the future.” 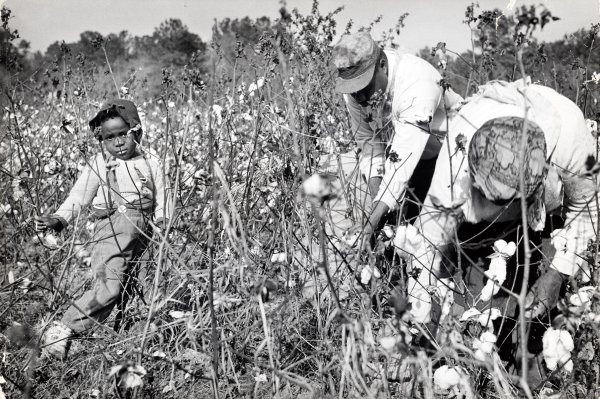 See 10 Photos of African-American History Through the Eyes of Children
Next Up: Editor's Pick