The vehicle involved in a freak accident that killed Star Trek actor Anton Yelchin on Sunday was part of a safety recall the government issued two months ago.

The 27-year-old, who was best known for playing Chekov in the new Star Trek films, was crushed by his 2015 Jeep Grand Cherokee in his driveway about 1 a.m, Los Angeles Police Department spokeswoman Jane Kim told TIME. When he got out of his SUV, it rolled backward down a steep driveway and pinned him against a brick mailbox and a security fence, Kim said.

The National Highway Traffic Safety Administration (NHTSA) in late April warned drivers of a defect in the model, involving its monostable gear selector. The electronic shifter, which has a button to change gears instead of requiring drivers to physically move a lever, could cause drivers to mistakenly believe their vehicle is in park, when it is actually in neutral or drive, the federal safety agency said.

“Drivers erroneously concluding that their vehicle’s transmission in the park position may be struck by the vehicle and injured if they attempt to get out of the vehicle while the engine is running and the parking brake is not engaged,” the NHTSA said in its safety recall report. Yelchin’s model of Jeep was part of the recall, according to the New York Times.

The Jeep Grand Cherokee vehicles affected in the recall were produced between July 16, 2012 and Dec. 22, 2015, according to the recall report. It’s unclear if Yelchin’s vehicle was made during that time frame, or whether it was produced later in 2015. Police are working to determine which gear his car was in during the accident and whether the vehicle’s engine was running when his body was found, Kim said.

Yelchin’s publicist did not immediately comment about the SUV or the recall.

Fiat Chrysler, which manufactures the Jeep Grand Cherokee, said in a statement that it is “in contact” with authorities and is “conducting a thorough investigation.” “It is premature to speculate on the cause of this tragedy,” said the statement, which also offered condolences to Yelchin’s friends and family. 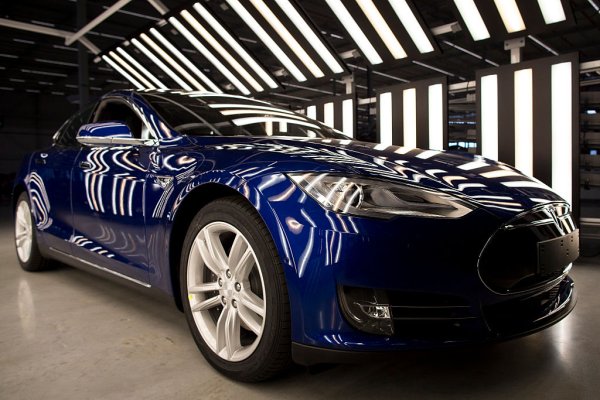 Tesla Cars Have An Insane Hidden Feature
Next Up: Editor's Pick