Spoilers for the entire fourth season of Orange is the New Black follow.

In general, I believe both that there’s really no such thing as a “spoiler”—that a work of art, if it’s made well, can survive foreknowledge of its plot—and that it’s on the would-be viewer to either consume the artwork quickly or avoid the public square.

Orange is the New Black‘s fourth season, though, presents a particularly vexing case, one that challenges everything I thought I knew about spoilers. The death of Poussey in the season’s 12th episode, as a result of the guards’ brutality, works as drama particularly because of how random it is—Poussey is the ultimate bystander, someone trying to ride out the rest of her incarceration and avoid getting involved in the currents of violence and tension that animate life at Litchfield. Knowing that she dies feels substantially different from, say, knowing whether it’s Jon or Ramsay who wins Game of Thrones‘s “Battle of the Bastards”; both options feel credibly in play. But to know that Poussey is doomed saps the power of her death.

And, unfortunately for fans who didn’t power through the fourth season in a weekend, that death is indeed so powerful—robbing the show of one of its most dynamic and lovable characters in an act of transparent cruelty and racially-motivated brutality—that those who’ve watched it want, badly, to discuss it. Twitter is strewn with people who saw reactions to Poussey’s death before they saw the episode. And savvy viewers will be able to deduce what happened given a wide breadth of articles with headlines referencing a big moment in the season’s 12th episode and an equally wide breadth of headlines of interviews with actress Samira Wiley referencing some variation on “her big emotional moment.”

These headlines are, in the main, the right amount of vague. It is right and good that media outlets are talking to Wiley. Her terrific sustained performance over four seasons made Poussey’s death sting all the harder. And critics should be discussing the moment at which racial tension turned fatal on Orange is the New Black. However, those viewers for whom the season is “spoiled,” whether or not they even keep on watching, are losing out on the chance to have a genuine emotional reaction.

By the simple fact that Orange is the New Black airs on Netflix, those viewers along with everyone else have also missed out on the chance to meaningfully discuss the series since its start. Conversation around the show, which is impossible to discuss in the weeks following a new season launch, tends to dry up by the time a critical mass has caught up. Those most passionate about the show have digested it and moved on. And so the only things available to say about an intensely provocative and deeply challenging show are broad comments about how well-made it is or how diverse and how talented the cast is.

Imagine Orange is the New Black airing its episodes on a timed schedule, just like any show on broadcast or cable. Poussey’s death would be as widely and passionately discussed, out in the open, as any TV event of the past year. It’s very apparent that there are series the Netflix “binge” model has helped (like House of Cards, far more addictive than it is good); Orange is the New Black, with a sharp political anger that blooms when discussed and only festers when watched on the couch alone, is not one of them.

There’s not really a solution here, and I doubt anyone involved with Orange is the New Black is disappointed so far with the response to the fourth season. But I just hope the discussion around the fourth season’s ideas, this time, lasts long enough for everyone to take part. The truest way the season could be spoiled is if everyone just watched it alone and then moved on without all the sorts of engagement the best of TV can provoke. 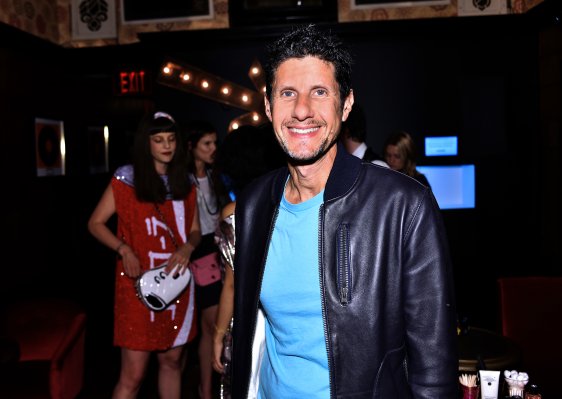 Beastie Boy Mike D Designed A Line of Manbags for 'Grown Men'
Next Up: Editor's Pick