Some artists stick to one craft. Others — like Mike D of legendary hip-hop group the Beastie Boys — dabble in many. His latest creative foray: handbag design.

Working with women’s handbag brand Clare V., Mike D just launched a whole line of bags, accessories and t-shirts. One of the bags, priced at $525, is already sold out after just four days on the market. It’s a surprisingly understated collection from a man known for a more bombastic approach (in his music at least). But then again, this is also a man who designed a French toile-style wallpaper that was used for a nightclub’s bathrooms.

In an interview with Billboard, Mike D explained that the impetus behind the manbag collection was primarily necessity.

“Basically [creating this collection] was a very selfish exercise, if you want to get down to it,” he said. “I was showing up at the studio all the time with no bag, being like, ‘I don’t want to have a backpack. I’ve had backpacks my whole life and I’m a grown man now. I should have something better.'”

He’s not the only famous guy getting in the luggage game lately, either. Even Dwayne ‘The Rock’ Johnson has made his move in the space, recently debuting a gym bag that he has humbly nicknamed “The Greatest Bag of All Time.” Looks like Mike D’s contribution to the oeuvre has a lot to live up to. 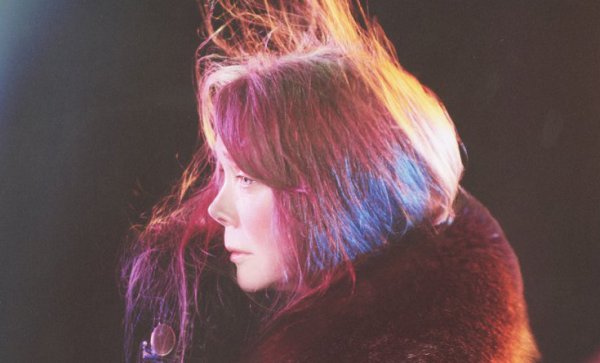 Sissy Spacek Sports Pink Hair as the New Face of Marc Jacobs
Next Up: Editor's Pick