Donald Trump has fired campaign manager Corey Lewandowski in a shakeup as he struggles to adjust to the general election, two people familiar with the decision confirmed.

The departure of Lewandowski, one of the original six members of Trump’s campaign inner circle, is the latest symptom of internal strife within the Trump campaign, with rival camps seeking to manage the mercurial candidate. It comes as presumptive Democratic nominee Hillary Clinton has opened up decisive leads in national and swing-state surveys—and as Republican leaders flirt once again with using arcane rules to block him at the convention. The campaign did not immediately name a replacement.

First reported by the New York Times, Lewandowski’s surprise exit is the latest in a string of power shuffles within the Trump orbit, where aides describe not knowing who has influence at any one moment.

Trump’s informal network of advisers were thrown into chaos, completely surprised of the news, and working without any guidance over whether to start attacking Lewandowski or talking-points for how to explain his departure. A Trump campaign source said staff wasn’t informed of Lewandowski exit in advance. “No one knows what’s going on,” the source said.

Lewandowski led the threadbare Trump campaign from his sparse fifth-floor office in Trump Tower, taking pride in how his candidate clinched the GOP nomination with under 100 staffers and spending about $50 million—far less than his primary rivals. He adopted many of Trump’s mannerisms, and accompanied Trump on almost every trip he took as a candidate, drawing influence by often being the final voice in Trump’s ear before he took the stage at rallies and in interviews.

But Lewandowski’s clout has waned since the spring slog to secure delegates, when Trump feared that Ted Cruz’s more organized effort to secure delegates at state conventions could deny him the nomination. Trump brought in longtime Washington lobbyist Paul Manafort, first as “convention manager” and now as “campaign chairman and chief strategist,” to take over much of the campaign. Lewandowski briefly lost control of the campaign’s checkbook, but won it back after an internal power-struggle. The internal bickering continued last month, as political director Rick Wiley, a Manafort ally, was fired.

Lewandowski and Manafort sparred over how “presidential” the candidate needed to appear, with Manafort favoring scripted speeches read off a teleprompter as Lewandowski favored the continuation of Trump’s free-wheeling and incendiary speeches. At times it seemed Trump vacillated between the two strategies by the day, as shown by his response to last week’s terrorist attack at an LGBT nightclub in Orlando.

Trump stood by Lewandowski after he was arrested in March on a charge that he assaulted female reporter for Breitbart News, a charge that was later dropped. Lewandowski was selected as a delegate for Trump from his home state of New Hampshire, and will be the chair of that state’s delegation at the GOP convention in Cleveland next month.

In an interview with TIME on June 8, Trump rejected reports of discord among his campaign. “It’s actually a very well unified campaign,” he said. “Paul is great and Corey’s great,” he added. “They actually get along.”

Michael Caputo, a Trump senior advisor, tweeted out “Ding dong the witch is dead!” moments after the news leaked.

Philip Elliott contributed to this report. 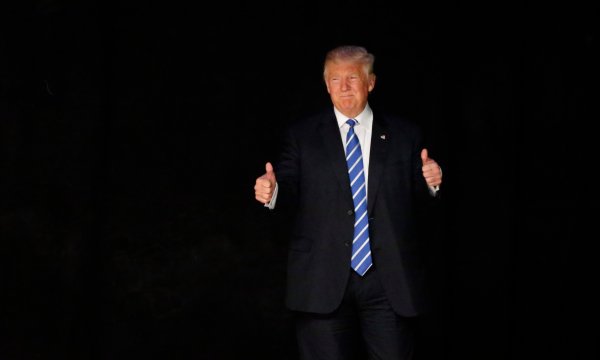