Fans attend China's premiere of the film Warcraft at a theater in Shanghai on June 7, 2016
Als Song—Reuters
By Charlie Campbell / Beijing

With its fantastical realms and motley cast of supernatural miscreants, World of Warcraft broke new ground in multiplayer online role-playing computer games, and has now spawned the most successful computer-game movie adaptation of all time.

After its second weekend at the box office, Warcraft: The Beginning has recouped $377.6 million globally, despite bombing in the U.S. The movie received a meager 32% on metacritic.com and took just $24.4 million in its first five days in American cinemas, and dropped a whopping 73% on its second weekend, bringing in a paltry $6.5 million. Yet the movie remains a financial triumph almost entirely owed to its showing in China, where cinemagoers have so far shelled out more than $200 million on it, even eclipsing Star Wars: The Force Awakens, which took $125.4 million in its entire run in China.

Movie experts hail Warcraft’s success as demonstrating the power of China’s booming cinema. Box office revenues grew by almost 50% in China last year and may even surpass the U.S. by as early as next year. There are plans afoot to double the nation’s 35,000 cinema screens before long. (The U.S. currently has just over 40,000.)

This trend has the potential to radically reshape how Hollywood operates. But while there is no denying the burgeoning power of Chinese film fans, assessing Warcraft’s success requires more nuance. Just like in the U.S., the movie dropped off massively after its opening — netting $156 million over its first five days and the next $40 million-odd spread over more than a week. That suggests that the Warcraft movie may not have broad appeal among Chinese; instead, its success appears to be largely owed to the nation’s sizable and dedicated gamer following.

“I have watch the Warcraft movie five times, and I will never forget my obsession and my friends who fought by my side in Warcraft,” posted one user of China’s Twitter-like microblog Weibo. “I had fun, also lost myself in World of Warcraft. I have lived in one more world than most people.”

Since its launch in 2004, WoW, as it’s better known to fans, has drawn over 100 million players — a record for a role-playing computer game. Half of the current 5 million-strong playing roster resides in China, where the game is aptly know as World of Magic Beasts. They are typically young men ages 15 to 25.

“I can still remember me and my roommates in college staying up late and playing Warcraft together,” posted another fan. “We were really bonding through this game. The success of Warcraft is not because how good the movie is, but it represents the years of our burning passions, and the unforgettable brotherhood.”

Chinese kids regularly get so hooked on WoW that they forget to eat, drink or sleep — one player even died after a marathon, 19-hour session. WoW is so popular that there are professional players who are treated like movie stars, complete with sponsorship deals with fawning groupies. There are Chinese boot camps set up especially for kids who suffer from role-player game addiction.

This obsession with role-playing escapism could have much to do with the highly regimented lives led by middle-class Chinese kids, who cope with enormous pressure. Owing to China’s only recently rescinded one-child policy, many are only children, and are solely relied upon to support their aging parents and grandparents.

This month, 9.4 million Chinese kids took the gaokao — China’s university entrance exam equivalent to America’s SAT — yet there were only 3 million college places up for grabs, and only a small fraction of those were at “top-tier” institutions. Exam-related suicide is so common that one school even installed special barriers to prevent students flinging themselves to their deaths.

Adulthood doesn’t bring respite. Deviant behavior massively jeopardizes career advancement in a one-party state where every citizen has a dangan, or personal file, that lists their misdeeds from their entry into public life — typically enrollment at elementary school — until their death.

In this suffocating world, WoW’s appeal is in having complete, uncompromising control over a fantasy, where a player can be as brazen, shocking and nonconformist as their imaginations can stretch.

“Even though young [Chinese] people would like to care about political and historical issues, their choices are limited,” Zhou Xiaozheng, a retired professor of sociology at Beijing’s Renmin University, tells TIME. “So they indulge themselves in entertainment.”

According to an Economist special report on the Chinese Internet, the Chinese Communist Party is happy to encourage role-player games like WoW as an unthreatening outlet for what’s essentially a “caged” populace. “[The government] has allowed a distinctly Chinese Internet to flourish, with more people getting online — and more of them shopping, watching videos, gaming and chatting with each other, all on trusted Chinese platforms — than in any other country. This customization of the Internet is an important part of building a better cage.”

Zhou agrees: “The government doesn’t like the idea of young people getting involved in sensitive issues,” he adds. “Comments concerning such sensitive issues are quickly removed, but entertainment content is free of control.” 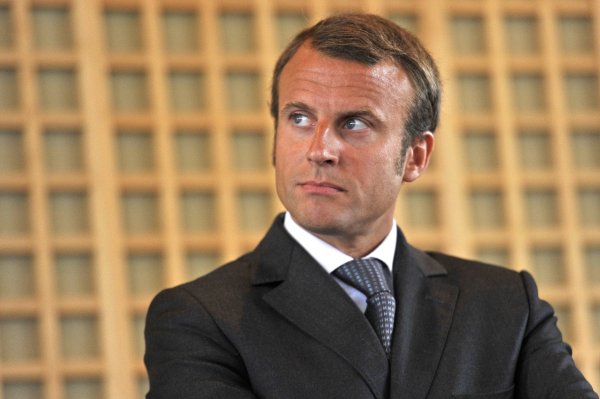