Donald Trump responded with skepticism on Saturday to reports that some Republican delegates are mobilizing to block him from obtaining the nomination at the party convention next month.

The Washington Post reported on Friday that dozens of delegates—many of whom are unnamed—are part of a renewed movement to stop Trump, an effort that would require extensive coordination. “This literally is an ‘Anybody but Trump’ movement,” said Kendal Unruh, a Republican delegate from Colorado who is leading the campaign, the Post reported. “Nobody has any idea who is going to step in and be the nominee, but we’re not worried about that.”

Speaking at a rally in Las Vegas on Saturday, Trump derided reports about the movement as “made up” and voiced skepticism that the movement could find an alternative candidate for nominee.

“Who are they gonna pick? I beat everybody,” Trump said. “And I don’t mean beat—I beat the hell out of them.”

Read more: This Is How the GOP Could Dump Trump

He also criticized Republicans for not doing enough to help his campaign.

“We’re gonna beat Hillary, and it would be helpful if the Republicans could help us just a little bit,” Trump said, later adding that his campaign has “tremendous support within the party.”

While more former Republican critics have fallen in line behind Trump in recent weeks, many have also wavered when asked to defend certain comments made by the presumptive nominee.

“The last thing I would do is tell anybody to do something that’s contrary to their conscience,” Ryan said in an interview for Meet the Press that will air on Sunday, when asked if House Republicans should follow their conscience when voting. “I get that this a very strange situation. [Trump is] a very unique nominee. But I feel as a responsibility institutionally as the speaker of the House that I should not be leading some chasm in the middle of our party.” 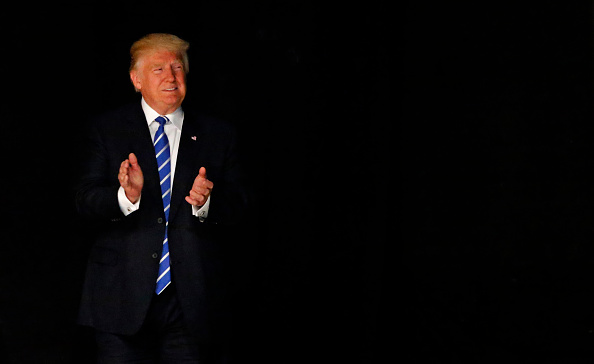 Trump Embraces Donors, Super PACs He Once Decried
Next Up: Editor's Pick