The Tate Modern extension opened its doors Friday in London to reveal galleries filled with more art by women.

The museum has touted the opening of the Switch House addition as a renewal for the entire modern art gallery because the collection has more work from international and female artists, who are generally underrepresented in museum collections. The 12-year expansion project added 60% more gallery space to the modern art museum in the form of a 10-story “twisted pyramid” building by architects Herzog & de Meuron.

“Today we open not just an extension but genuinely a new Tate Modern with a new configuration, new facilities, new learning spaces and a new view of the world as it has been over the last 120 years or so,” Tate director Nicholas Serota said in remarks reported by the Guardian.

The museum added the extension to the Tate Modern’s original building, a converted brick power station that opened in 2000, because the museum was attracting roughly five million visitors per year when it had only expected 2 million. At the time, women made up 17% of the artists in the collection. In the new Switch House, female artists make up 36% of the total—with over half the solo artist rooms dedicated to females.

Tate Modern is also reopening with greater international representation, housing works from about 50 countries. The museum, for example, has promoted its acquisition of the striking work “Tree” by prominent Chinese artist Ai Weiwei:

Though female artists have become more prominent within the field in the years since Tate Modern first opened, director Frances Morris said they still don’t get enough wall space in Tate Modern or galleries across the world.

“You can rewrite history but you can’t reinvent it,” Morris said. “We are highlighting the great contributions of women but there is an imbalance in the history.” 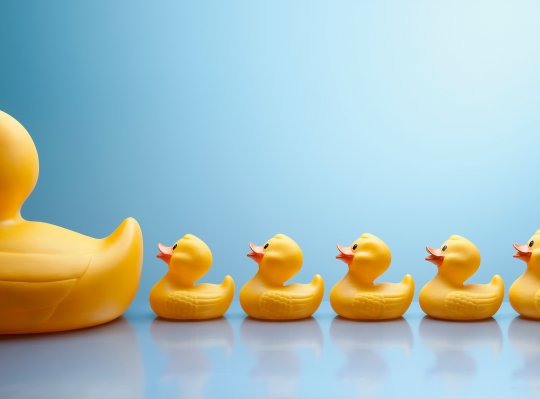 Many Parents Are Happier Than Non-Parents — But Not in the U.S.
Next Up: Editor's Pick