Jeffrey Mosier Photography 2014
Ideas
By Diane Guerrero
Guerrero is an actor, the author of In The Country We Love, and a supporter of the We Belong Together campaign

In recent weeks, I have been speaking publicly about my life as a U.S. citizen who used to live with the constant fear that my family would be deported. I was 14-years-old when those fears were realized. Growing up without my parents by my side is a weight I still carry today.

Many years later, the immigrant community awaits a Supreme Court decision that could transform the lives of millions, providing relief from deportation to families across the nation, so that other children don’t have to go through what I did. Community organizations have been working tirelessly to make sure that those eligible for this relief, granted through President Obama’s executive actions, have all the information they need to get ready.

But in the midst of this hope and promise for immigrant communities, U.S. Immigration and Customs Enforcement (ICE) is planning raids on families who have come to our borders seeking refuge and safety.

At the beginning of the year, the ICE rounded up 121 refugee mothers and children, fleeing terrible violence in Central America, to be deported. In recent days, another wave of raids began, targeting women, children and teenagers in North Carolina, Georgia and Texas. The impact of these raids has been and will continue to be devastating.

Several studies have highlighted the immediate and long-term psychological and physical repercussions of immigration raids on affected individuals, their family members and their communities. Since these raids started, we have seen increasing fear and panic in immigrant communities, as well as a disruption in school and business operations.

Teenagers, including 19-year-old Kimberly Pineda Chavez from Honduras, have been stopped by ICE agents on their way to school or while waiting at the bus stop. Chavez and her younger sister came to Atlanta from Honduras two years ago to escape threats and violence. She spent 10 weeks in prison at the Irwin detention facility, and it wasn’t until community pressure and 25,000 petition signatures that she was able to return home and to school. She continues to fight to stay here with her family.

Chavez, like many of the others detained in states like North Carolina and Georgia, was arrested despite evidence that she was not given a fair chance to apply for asylum in immigration court. A recent article in the Huffington Post revealed that the Atlanta immigration court, where Chavez was processed, denied 98% of asylum applications last year, almost double the national average.

These raids don’t just immediately affect families; they create ripples in communities. Teachers have spoken out against the raids, highlighting the harm done to children’s well-being and educational opportunities when immigrant students are scared to go to school. Mothers are afraid to leave their homes to go to work or to a doctor’s appointment. Raids are tearing the social fabric of our communities.

With the announcement of a second wave of raids, I was reminded of the paralyzing fear I felt the day I came home from school to an empty house. I was just a few years younger than Chavez. For years, my parents had tried to get proper legal support, but instead, ended up getting scammed by fraudulent “notarios.” I had to learn from my neighbors that my parents were arrested by immigration agents, and after weeks in a detention facility, they were deported.

I want to make this clear: the impact of raids goes beyond family separation. It paralyzes our communities. It prevents community members from coming forward to apply for immigration relief like Deferred Action for Parents of Americans and Lawful Permanent Residents (DAPA). Deporting asylum seekers back to violence does not reflect the values of our country. We should be a nation that welcomes immigrants, keeps families together and ensures that everyone gets a fair day in court.

In this moment we need to be preparing immigrants to step forward to apply for DAPA, a program that could provide work authorization and relief from deportation to up to 5 million immigrants. We need to be investing in resources, like Women Step Forward, to provide immigrants with trusted information about their rights and options. Instead, our country is taking a step backward with these raids, and creating an atmosphere of fear that could jeopardize these crucial gains.

Now is a time for hope, not for fear. We need to stop the raids. 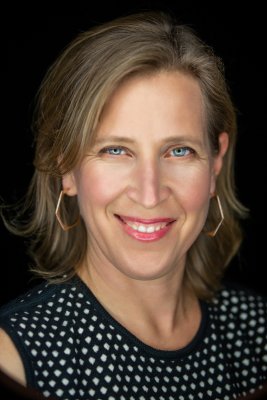 Susan Wojcicki: Refugees Are Trying to Escape Terror—Not Create It
Next Up: Editor's Pick