If Donald Trump wants to make America great again, he definitely won’t be doing it with Oprah Winfrey. The presumptive Republican presidential nominee has made no secret of Winfrey as a dream running mate, even going so far as to tell ABC’s George Stephanopoulos that if they ran together, they would “win easily.”

Winfrey however, thoroughly quashed any hopes that Donald Trump had that she would join his ticket when she told Jimmy Kimmel on Jimmy Kimmel Live! that her response to a formal offer would be, “Donald, I’m with her!” Her response came after she endorsed presumptive Democratic presidential nominee Hillary Clinton in an interview with ET, telling them that “it’s a seminal moment for women.”

“What this says is, there is no ceiling, that ceiling just went boom!” Winfrey said. “It says anything is possible when you can be leader of the free world. I’m with her.”

Winfrey also addressed rumors that she might be headed to the Oval Office in the future, telling Kimmel that she “would never run for office.” She did however, concede that this year’s election reassured her that if she were to run, she would be more than qualified.

“For many years, I used to think — until this election year, I thought — ‘Wow, I have no… Why do people say that? I have no qualifications to run.’ I’m feeling pretty qualified. After this year, I’m feeling really qualified.” 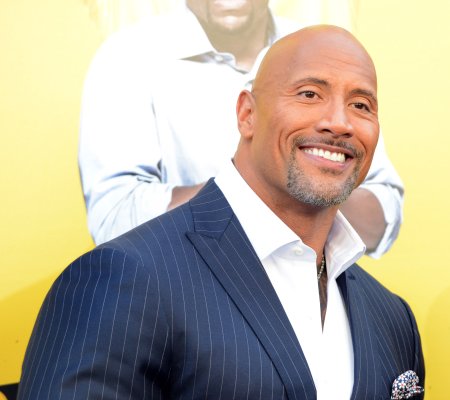 Watch The Rock Try Candy For the First Time In Over 25 Years on Jimmy Fallon
Next Up: Editor's Pick