For years, Ellen DeGeneres complained on her talk show that Pixar kept making sequels for movies other than Finding Nemo, the one she was in. That’s how most people would say it. But when DeGeneres explains it to me, it sounds like this:

“Like, of course they should make a sequel,” she says, revving up into one of her trademark rhapsodies. “It was more really of a joke—but it was incredible to me that there were all these sequels being made and Nemo was such a great movie. It’s still one of the highest rentals. Rental? Do people rent movies anymore? No. But they’re still watching it over and over again, so, yeah, it was kind of amazing to me that it wasn’t being made. And it was kind of a joke.”

That’s the speech pattern—distraction plus frankness plus self-awareness plus cheeriness—that solved Nemo writer and director Andrew Stanton’s problem when writing the original movie. He was struggling with how to create a character with short-term memory loss that did more than just repeat himself. But when he heard DeGeneres’ ramble on her ABC sitcom, he changed the fish from male to female, writing it in her voice. Then he begged her to take the part.

Now, the sidekick becomes the star with the long-awaited Finding Dory, in theaters June 17. For DeGeneres, it’s a homecoming. “Andrew hired me when nobody else would hire me. I had gone back to standup because I needed money and I didn’t have another option,” she says. Once she started doing her act again, she discovered that, since very publicly coming out, her audience had become 90 percent gay, hoping for more political material than she wrote. “For people to think my humor changed was disappointing.” Not only was she excited to get an acting job, but it was a very mainstream one. “It was really important for me to show that even though you’re openly gay you can play different characters,” she says.

So when websites started reporting, based on no particular evidence in the Finding Dory trailer, that there were lesbians in the new movie, DeGeneres was surprised. “If that’s what people want then, yes, there are lesbian fish in the movie. There are plenty of them,” she says, surprised to hear about the rumor. “Was it a negative thing or a positive thing? If people don’t want them in there, they’re not there. Whatever people want. Cause you wouldn’t want to take your children to see a movie with lesbian fish themselves because then they’ll want to be lesbian fish themselves. But if you do want lesbian fish, you’ll probably have to see the movie four or five times to see them.”

The sequel—which, for the record, is devoid of lesbians—takes place just a few months after the original, focuses on Dory’s adult search for her parents (Diane Keaton and Eugene Levy) with the help of a reluctant, cranky octopus (Ed O’Neill) along with Nemo (now played by a new kid, since the original one’s voice changed) and his father, Marlin (Albert Brooks). “I always thought of Dory as a tragic character and not a comedic character,” says Stanton about why he wanted to make a Dory movie. “You sense that must be a burden, to have short-term memory loss and be a fish alone in the ocean.”

When Stanton called DeGeneres three years ago to tell her that after all her on-air haranguing, he was writing a sequel, the first thing he said was, “Uncle.” Normally, letting 13 years go by before releasing a sequel would be impossible for a Hollywood studio. But interest in Nemo never waned, with a new generation watching it at home and upon its 2012 rerelease. “I did worry that if they waited too long,” DeGeneres jokes, “I’d sound like Lauren Bacall.” 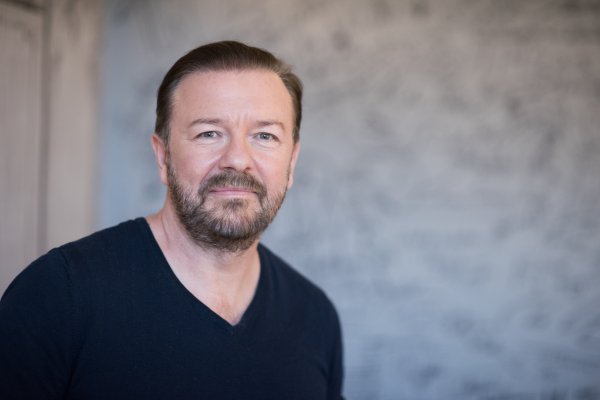 Ricky Gervais Dials Up the Cringe Factor in Trailer for David Brent: Life on the Road
Next Up: Editor's Pick