Here's an Amazing 1980s Remix of Justin Bieber's 'Love Yourself'

Justin Bieber wasn’t born until 1994, but his songs are perfect for the 1980s. The combination was proven by Canadian artist Tronicbox who is finally giving fans a chance to hear what “What Do You Mean” would sound like if Bieber was around in the era of Spandau Ballet, Dan Hartman and Howard Jones songs. (Google it, kids!)

Tronicbox has transformed Bieber’s modern millennial pop songs into retro wonders filled with the ’80s music hallmarks. Glittering synths and skittering guitars make “Love Yourself” sound like it is one Nagel painting away from being straight out of the Rick Astley songbook. Yes, there is plenty of sexy saxophone in the mix, too.

Even Bieber himself gets a 1980s makeover. The perfectly Photoshopped picture featured on the “album” cover places Bieber in the pantheon of great ’80s mullets right next to Richard Marx, John Stamos, and Kenny Loggins with an earring lending him some of the bad boy charm of John Waite. The effect is enough for us to eagerly await the next ’80s revival—or at least Halloween: 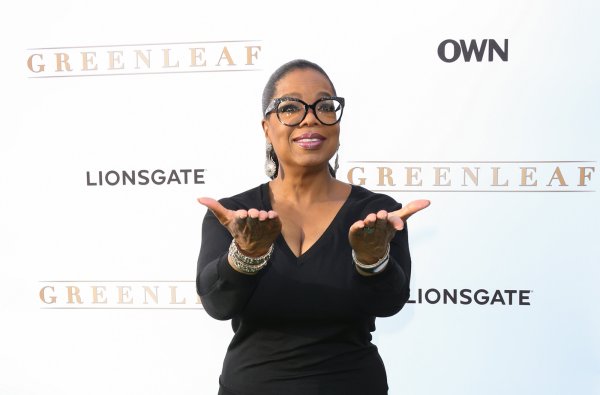 This Is What Oprah Winfrey Has to Say About Donald Trump's Offer to Be His Running Mate
Next Up: Editor's Pick