Apple CEO Tim Cook shows off the new iPhone 6 and the Apple Watch during an Apple special event at the Flint Center for the Performing Arts on September 9, 2014 in Cupertino, Calif.
Justin Sullivan—Getty Images
By Lisa Eadicicco

Regulators in China are ordering Apple to stop selling its iPhone 6 and iPhone 6 Plus smartphones in Beijing due to a patent infringement, according to reports.

The two phone models are said to infringe on an exterior design patent held by Chinese firm Shenzhen Baili for a smartphone called the 100C, The Wall Street Journal reports. Apple is filing an administrative litigation to reverse the ban.

“iPhone 6 and iPhone 6 Plus as well as iPhone 6s, iPhone 6S Plus and iPhone SE models are all available for sale today in China,” Apple said in an emailed statement to TIME. “We appealed an administrative order from a regional patent tribunal in Beijing last month and as a result the order has been stayed pending review by the Beijing IP Court.”

The order comes after Chinese regulators shut down Apple’s iBooks Store and iTunes Movie services in China, the company’s second biggest market worldwide. In its earnings report from April, Apple also revealed that its revenue in China fell by 26%, worrying some investors. Still, Apple CEO Tim Cook said when speaking to CNBC’s Jim Cramer that he “could not be more optimistic about China.” 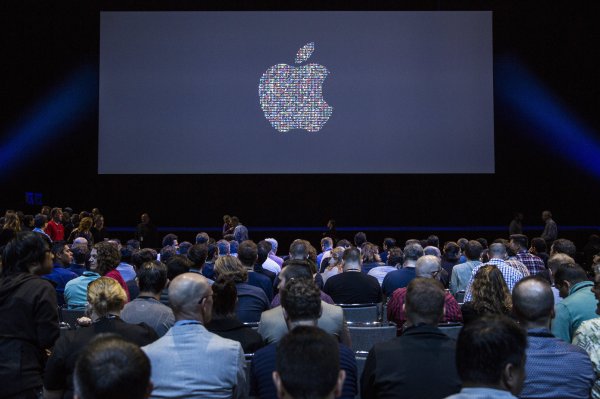 The 6 Biggest Things Apple Just Announced
Next Up: Editor's Pick