Thai police say they will again try to arrest Buddhist sect leader Phra Dhammajayo in the next coming days after thousands of his followers foiled their attempt Thursday by blocking the approach to his temple.

The sect leader heads an organization described as having “the character of a charismatic cult,” with intense loyalty demanded of its 10 million followers, who have flocked to the movement’s outlandish headquarters, Wat Phra Dhammakaya. Phra Dhammajayo briefly achieved international notoriety in 2012, the Wall Street Journal reports, by making bizarre claims that Steve Jobs had been reincarnated as a warrior spirit and was dwelling in a heavenly palace.

The 72-year-old is now wanted on charges of money laundering and the embezzlement of $14 million from a credit union — allegations he vigorously denies. For weeks, he has refused to attend court to answer the charges, the Journal says, with his supporters claiming that he is medically unable to leave Wat Phra Dhammakaya.

Buddhist monks are no stranger to controversy in Thailand with many scandals involving fast living, animal trafficking and rape rattling the public’s perception of the country’s main religion. Much criticism has centered around Phra Dhammajayo, with scholars calling its practices unorthodox and misleading. According to the BBC, some say the sect has close political ties with former Primer Minister Thaksin Shinawatra, who was overthrown by the military. 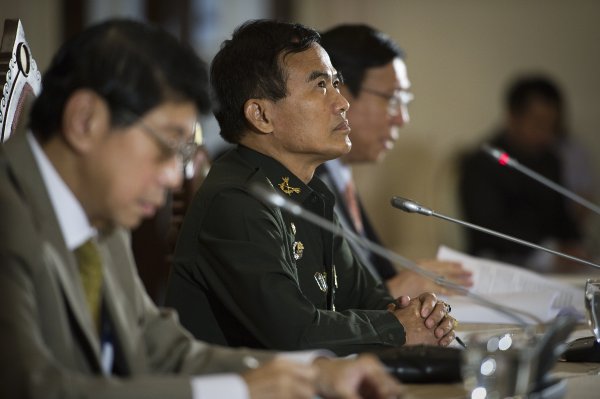 Thailand Should Decriminalize Methamphetamine, General Says
Next Up: Editor's Pick