A Chinese visitor to Yellowstone National Park has been fined $1,000 after park officials busted him walking off the designated boardwalk at the Mammoth Hot Springs thermal area.

The tourist, who has not been named, was seen walking along terrace formations near hot springs and collecting water from the thermal runoff, National Parks Traveler. reports. He was also seen breaking through the fragile terrace crust of travertine, a sedimentary form of limestone formed as thermal water rises through limestone to deposit calcium carbonate over a long period of time.

The man admitted to collecting hot springs water and said he did not read the safety information provided at the park entrance.

The incident comes just a week after Colin Scott, 23, wandered off the boardwalk at Norris Geyser Basin and either fell into a slightly acidic, 199-degree-Fahrenheit hot spring near Porkchop Geyser. Park Rangers were unable to recover any of his remains. 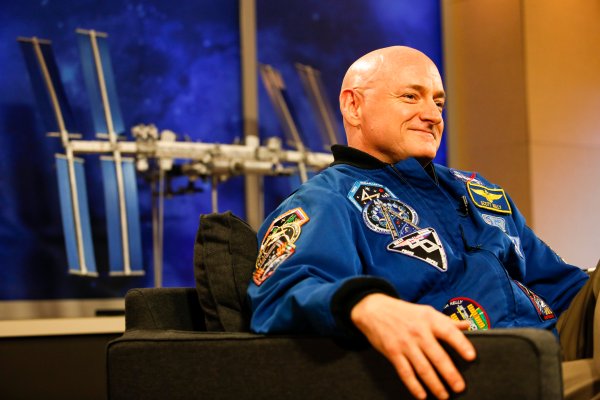 Astronaut Scott Kelly Describes Effects of Space on the Body: 'We Simply Do Not Fully Understand'
Next Up: Editor's Pick