Heard about Facebook’s secret new football game? Well it’s tucked away inside the Messenger app, so here’s how to play it.

Facebook is celebrating the Euros with a new – and hidden – swipe-action football game embedded in the mobile Messenger app. Bear in mind that this won’t work on the web version of Messenger.

David Marcus, who heads up Messenger at Facebook, said:

“Our little [basketball] Messenger game we launched for March Madness and the NBA season was played over one billion times (!) over the course of the latest 3 months. Since you loved it so much, and it’s the Euro 2016 & Copa America…You get where I’m going…! It’s on!”

1. Make sure you’ve updated to the latest version of Facebook Messenger

2. Send the football emoji to a friend

3. Tap the football emoji in the chat

4. The game should appear automatically

Facebook’s secret basketball game is launched in the same way, albeit with the football emoji swapped out for the basketball emoji. You can also unlock a secret chess game by typing “@fbchess play” in a Messenger conversation.

This article originally appeared on Trustedreviews.com 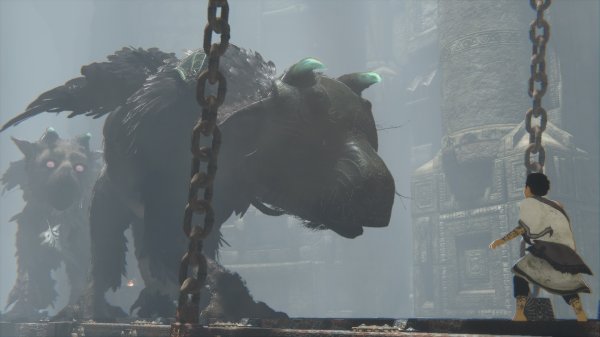 'The Last Guardian' Explores the Power of Bonds Forged Without Words
Next Up: Editor's Pick