Can You Answer These Questions From the Original SAT?

The College Board created the Scholastic Aptitude Test to give universities a uniform way of evaluating applicants and to simplify the admissions process for students. On June 23, 1926, the first version of the SAT was given to 8,040 students, and the following year it assumed its now familiar form, with separate verbal and math tests. In 1934, Harvard adopted the SAT with the goal of boosting the diversify of its student body beyond elite private school graduates, and the test soon became a teenage rite of passage.

The original 1926 test lasted 97 minutes and consisted of 315 questions focusing on vocabulary and math. TIME selected eight of these questions for the quiz below, at varying levels of difficulty.

And some admissions offices appear to be listening to the critics, making the SAT and the other leading standardized test, the ACT, optional for applicants. In October 2015, TIME reported that “200 of the roughly 2,968 degree-granting four-year colleges in the U.S. no longer require the SAT or the ACT, while 600 more have diminished their role in the admission process.”

In an effort to stay relevant and combat criticism, the College Board rolled out a revamped SAT in March of 2016, with free Khan Academy prep courses available to all. But the biggest change—test questions more closely aligned with high school classwork—marks the SAT’s potential shift toward becoming a state school assessment exam, required by high schools to evaluate student progress. That may ensure it remains in classrooms for decades to come. 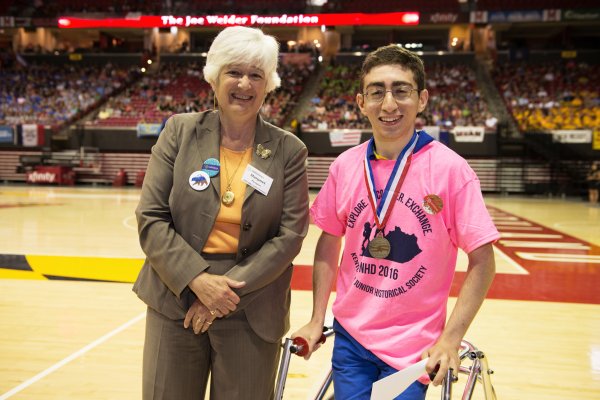