Three infants have been born in the U.S. with birth defects due to the Zika virus, health officials report.

The babies, whose mothers were infected with Zika, had brain problems like microcephaly, excess fluid in the brain, abnormal eye development and more, the U.S. Centers for Disease Control and Prevention (CDC) reported Thursday.

The data released on Thursday is part of a new report the CDC will begin sharing regularly on the outcomes of pregnancies for women with Zika in the U.S., based on the CDC’s Zika Pregnancy Registry. The majority of the women in the registry got Zika from traveling to an affected country, while some got the virus from sexual transmission though the CDC is not saying how many because of privacy reasons. So far there are no cases of Zika transmitted by local mosquitoes in the continental U.S.

“We are trying our best to be transparent and responsive and share what we know when we know it,” says Dr. Denise Jamieson, chief of the Women’s Health and Fertility Branch. “Because of privacy it’s been challenging throughout the response to see how much we can share.”

So far there are over 200 American women with evidence of Zika virus infection in the continental U.S., and over 165 in U.S. territories like Puerto Rico.

Researchers are getting closer to a clearer understanding the risk of Zika during pregnancy. In a report released Tuesday in the New England Journal of Medicine, CDC researchers and health experts in Colombia reported that about 12,000 pregnant women in the country have the virus, but that all the women who were infected in their third trimester and have given birth have had healthy babies. It’s thought, though not yet totally confirmed, that the risk is highest when a woman is infected early in pregnancy. Jamieson says it’s still unclear whether these apparently healthy babies could have any effects down the line.

“We hope women will be following our travel guidance, but we are certainly prepared [for more cases] as we know that the mosquito season is nearly upon us and there may be some transmission,” says Jamieson. 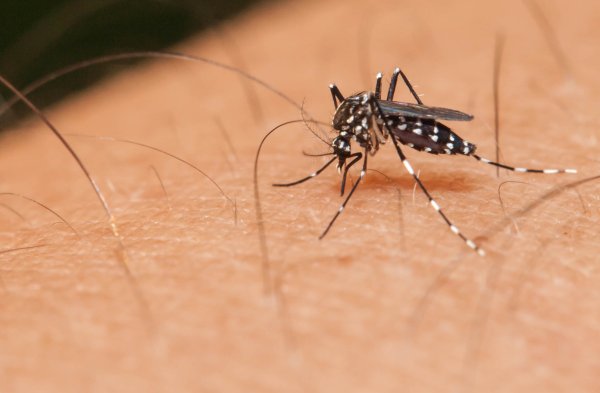 Nearly 12,000 Pregnant Women in Colombia Have Zika
Next Up: Editor's Pick