Paul Ryan on Donald Trump: 'You Can't Make This Up Sometimes'

Peppered by questions from reporters in the days after Donald Trump’s controversial response to the Orlando massacre, House Speaker Paul Ryan expressed disbelief on Thursday morning.

“You can’t make this up sometimes,” Ryan said in response to a reporter’s question about Trump’s recent comment that top Republicans “just please be quiet.”

“We represent a separate but equal branch of government,” Ryan went on, referring to Congress. “We spent the morning talking about how valuable the separation of powers is and how we’re trying to restore the entire principle of self-government, of government by consent. We will lose our freedoms in this country including all the Bill of Rights if we don’t robustly defend the separation of powers.”

After the Orlando shooting, Trump insinuated that Obama may have somehow been involved in the terrorist attack, reiterated his proposed ban on all Muslim immigration to the country and suggested American Muslims knew about the attack beforehand. Earlier this month, he said that an Indiana-born judge could not objectively rule on his Trump University case because of his Mexican heritage.

Republican congressional leaders have spoken out against Trump, calling his comments divisive. Trump has expressed exasperation with the members of his party. Ryan previously said that Trump’s comments about the judge were the “textbook definition of racism.”

When asked whether he would revoke his endorsement of Trump, Ryan demurred. “That’s not my plan, I don’t have a plan to do that. Look, we’re going to agree to disagree on some things, that’s just the way things work.” 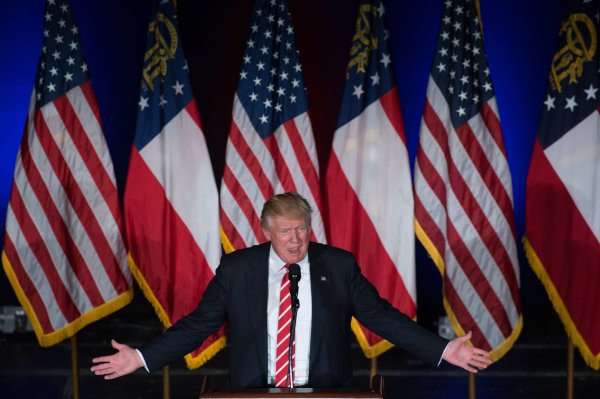 Here's Trump's Idea for a Very Unusual State Dinner
Next Up: Editor's Pick