The headlines you’re reading on Brexit—the U.K.’s June 23 referendum on whether it should leave the European Union—aren’t telling you the whole story.

Beyond the infighting in Westminster, there’s something deeper and longer-lasting happening across the U.K. Brits have become canaries in the coal mine, offering Europe, America and the developed world a glimpse of what is coming in our elections. The Brexit question represents a political conflict rapidly spreading across the globe: Do hardworking, taxpaying citizens fundamentally trust or reject half a century of globalization and integration? Or is it time for a rethinking and redrawing of our political and economic systems from the ground up?

The majority of British voters’ heads may be with Remain, but their hearts are with Leave—and those hearts are winning out in the final days before the vote.

Public sentiment on the ground is evenly divided. In a nationwide survey my firm completed June 8, Leave had 49% of the vote, Remain 47%, and only 4% undecided. Anybody who tells you they can predict the final outcome is either fooling or fibbing. It is truly too close to call. However, the underlying currents are moving in Leave’s favor—and they are doing so worldwide. Our data shows that more and more people in Europe and the U.S. have come to reject traditional theory and party orthodoxy, wreaking havoc on the status quo.

In America, the fundamental question for the upcoming election is similar, and just as significant: whether to seek changes at the margins, or blow it all up and start over—in the name of “making America great again,” for example. But unlike in the U.S., the underlying issue in the upcoming Brexit vote isn’t clouded by candidates or even party politics. This is a pure vote, up or down, on the question of being nation-first or a global participant—and its impact will be felt across both the English Channel and the Atlantic Ocean.

When it comes down to it, most Brits accept that Remain makes sense on a macro level. They recognize that abandoning the E.U. means taking a risk that may not turn out well for the British economy overall. But an increasing number believe the potential consequences are more than outweighed by the feeling that they are taking control of their country and their destiny once again. After decades of feeling betrayed by the very same people and institutions that are now telling them to support the status quo—to Remain—the voters appear ready to take matters into their own hands and demand radical change.

Yet on a personal level, it’s less about revolution and more about simple survival. In our polling, Britons are most worried about:

1. Day-to-day existence. Families are asking: “Will I have enough to pay the bills every month, and hopefully a little left over to save?” Translation: The E.U. may be relevant to political and economic leaders, but it is meaningless to the average taxpayer.

2. Generational survival. Parents are asking: “Will our children have better or worse opportunities than I had at their age?” Translation: With Europe in decline, why hitch our future to a sinking ship?

3. Services survival. Citizens are asking: “Do our current policies help, or hurt, the goal of preserving and protecting our pensions, benefits and NHS?” Translation: With the flood of immigrants and refugees into Europe, a majority of Brits are crying out, “Enough.”

Yes, the Remain campaign is making sound policy arguments, backed by almost all economists, but voters are saying right back: “We don’t believe it. We aren’t feeling the benefits you promised in our daily lives.” Again, the heart wins out over the head.

So the momentum is with Leave—and yet many pundits still expect Remain to win. It’s not difficult to see why. In our polling, the Remain campaign’s two best arguments are “leaving will create years of uncertainty” and “we need to keep our seat at the table.” The message—that bad things will happen if we reject the status quo—is intrinsically negative, but it does keep voters in line. Plus, the constitutional weight of the question tilts the scales still further in the direction of the status quo; there will be no opportunity to change your vote in four years’ time. It’s the same “better the devil you know” strategy David Cameron used to win a parliamentary majority last year for his Tories. We’ll find out if it can succeed again on June 23, but in a deeper sense, it doesn’t really matter. Whatever the result, British voters’ trust in institutions will have diminished still further, and the us-vs.-them mentality will continue to grow.

Brexit is the beginning of a debate the developed world is about to have with itself—not the end.

Luntz is a news analyst and contributor to CBS and Fox 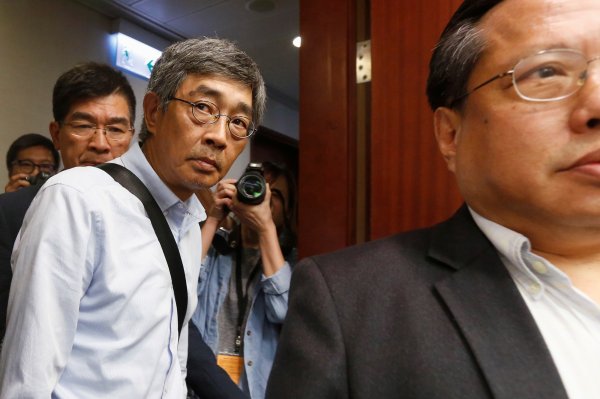